So, let us meet the mystery girl Sonia Isaza to know more about her lifestyle and the relationship.

Arturo Vidal is the midfielder known for his versatile personality and great playing skills. Known to have played for the Serie A team Inter Milan and Chile, he has won the Chilean Footballer of the Year award, 2016. A significant player, Arthur was linked to some significant clubs, including Juventus, Barcelona, and Bayern Munich. Arturo is not only known for his professional life but also his personal life as well. After being married for 10 years to Maria Teresa Matus, Arturo is the father of 3 beautiful kids. But unfortunately, things turned dark in 2017, and finally, the lovely couple got divorced in 2019. Currently, it is rumored that Arturo Vidal is seeing Sonia Isaza

The Early Life of Sonia Isaza

Sonia Isaza, the Beautiful mystery girl with Arturo Vidal, is a 32-year-old beautiful fitness model who was born in Pereira, Columbia. Born on September 24, 1988, Sonia grew up around the Andes Mountains and is known to have a great childhood. Being an athletic and active kid always, she always had a deep inclination towards sports. Though the details about her early childhood and family are still private, not much information is available about the same.

The Physique of Sonia Isaza

Sonia Isaza is a goddess in terms of beauty and physique. Sonia takes exceptional care of her weight and physique to look glamorous and fit as a fitness model and bodybuilder. Her height is 5 feet 3 inches, and she maintains a weight ranging from 53-58kg. Apart from when it comes to body measurement, she is one with perfect 33-24-35. Her dark brown hair color and brown eye color perfectly compliment her looks most amazingly.

The Professional Career Of Sonia Isaza

Sonia Isaza is a professional bodybuilder and fitness model. Getting inspired by the fitness magazines, she started her journey to become the best fitness model ever in her early 20s. Dedicating herself to exercising and rigorous training, she transformed her figure into one that is quite appreciative.

To be known as one of the top competitive bodybuilders, she moved to Cali in 2006. Soon enough, the hard work paid off, and she started to be known as the leading Colombian athlete. Today, Sonia is being sponsored by a sports nutrition company, Muscleology, and is competing in local and regional bodybuilding shows in California, USA.

Owing to her perfect looks, she took Instagram by storm in 2016 and now is one of the best-known fitness influencers.

Sonia Isaza has developed a physique that needs to be maintained with a pretty rigorous schedule and exercising. Her daily training includes several rounds of weightlifting, press-ups, triceps, biceps, and abdominal calisthenics. All the exercises were done synchronized in the finely chiseled six-pack, a ripped back, muscular biceps, curved legs, well-toned hamstrings, and glute muscles. Additionally, Sonia maintains a strict diet plan to match her regime. Moving ahead, Sonia is focused on boxing training as well.

A fitness model and influencer, Sonia is quite active on the social media platform. With around 3.1M Instagram followers, she is one great influencer. Sonia is known to share her practice videos and sessions, which are quite inspirational. Additionally, Sonia owns a perfect bikini body, and she looks perfectly glamorous. Her pictures and videos are truly inspirational and motivating for all those who are looking to get an ideal physique.

Net Worth of Sonia Isaza

Sonia has quite a flourishing career as a fitness model, influencer, and bodybuilder. Though an exact knowledge of the net worth of Sonia is not known, it is expected to be somewhere in between $2-$6 million.

Love Life Of Sonia And Arturo

Sonia is believed to have been in a relationship previously from which she has a beautiful daughter Daniela Isaza, born on April 11, 2000.

Sonia Isaza is believed to be involved in a romantic relationship with Arturo Vidal, the professional Chilean soccer star. According to the rumors, the two have been dating since 2018. The relationship got a highlight when Arturo shared a picture of the New Year vacation on social media.

There were some rumors of breakup around the mid-January split, but all that turned out to be false. The couple is high in love and quite happy together. Though there is no news about the marriage or anything, it is great to see the two together until then. 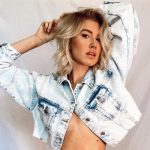 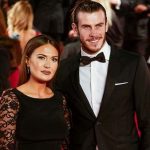