The footballer Sergio Aguero stays in the news for the love affairs he had with beautiful ladies. The footballer is not shy to hide away from the paparazzi to keep his private life personal. He goes out with bam and confidently holds the hands of his beloveds in front of the cameras. Aguero has been recently in the news for his love affair with the gorgeous model Sofia Calzetti. Let us dig a little deeper into the life of this woman who is so loved and adored by the footballer.

Who is Sofia Calzetti?

Sofia Calzetti is a famous personality on the social media platform; Instagram. She was born on August 15, 1996. Sofia and Sergio have a considerable age gap but it has not refrained them from sharing their romance and lives. The footballer is known to have a string of lovers including Maradona’s daughter whom he was married to for quite some time. So it was not at all shocking when the fans found about his 25-year-old girlfriend. In certain reports, the footballer and Sofia have said that they are serious about each other. They have appeared together in functions and events. She was seen cheering her heart loud when the player would strike a goal.

The lady who is ruling the heart of this footballer is herself a person who is followed and adored by her fans. She has definitely gained more popularity after her name got attached to Aguero. Sofia is currently a part-time model while attending her classes in auctioneer. She belongs to Argentina but she has apparently developed a passion for life in Italy. Sofia is known for her amazing pictures with elegant poses on Instagram. Her followers try to replicate her photos and aspire to be as gorgeous as she is. Sofia, being a model has worked on some prestigious projects and is now the brand ambassador for Be Dog and Everlast.

She has the talent of being an actor which has lead her to sign some films in her past. Sofia possesses a great sense of humour which was well harnessed when she was asked to be a part of the Argentine comedy show Caidos del Mapa which translates to Off the Map. She was just 17 years old when she appeared in the show. Sofia likes to associate herself as a born leader and likes to lead her life with ferocity and passion. The footballer must have fallen for her given her strong personality and her attitude towards life. According to a website, the net worth of Sofia Calzetti is approximately 2 million USD.

The Love and Passion in The Relation

Talking about the relationship that the couple shares, both of them appear to be in a happy place with each other’s company. The lady loves to click pictures with her boyfriend and post on several social media platforms. Aguero and Calzetti visit several places and explore different destinations for vacation. The Manchester player has been reported to be very much in love with his lady. He has later confirmed that this relationship is ‘different from others. The footballer associated himself with many models and superstars after being divorced from his wife. But after several years, when he met Sofia in 2019, he has changed his attitude towards dating.

The fans are in awe of this lovely couple and shower them with lots of love and positivity whenever they get the chance. Sofia has been a star in Argentina but now she is being applauded for her talent from the sports fraternity as well. However surprisingly, she has not revealed much about her family. No one is clear about her parents and her siblings. She has remained silent of the questions about family. This behaviour has induced enough inquisitiveness from the media and reporters.

With some of the responses by the footballer and his girlfriend, there are speculations that we might hear about their wedding soon. It would be a teaser to see them promise togetherness for life. 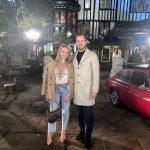 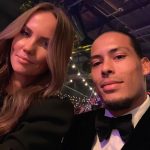