Mathieu van der Poel is all over the Dutch news in 2021. One cannot blame him because he is famous and a super-talented cyclist. When he is cycling on the track, all he thinks about is the win. A trophy, a medal is what he looks forward to as fans cheer him on from the sidelines. However, there is one significant person in his life that waits for him at the end. She is also the reason why the media has not left him alone in 2021. Her name is Roxanne Bertels, the hot Belgian girlfriend of Mathieu van der Poel who has gained immense popularity this year, thanks to all the support she showed her boyfriend. Let us get to know more about this beautiful woman.

She Is Not Afraid To Show Love

Roxanne is a gorgeous blonde woman in her late twenties and deeply in love with the professional cyclist. Mathieu spoke about her during an interview, and their love is deep. Moreover, they are not afraid to declare their love for each other. They occasionally post each other’s pictures on social media, appreciating them for being in their life. Roxanne often waits at the end of the racing course for her boyfriend. A simple google search of her name will result in several pictures of her hugging Mathieu after a long race. She also congratulated him after he got the yellow jersey, which was a moment of awe for their Dutch fans.

They Are Polar Opposites

Roxanne works for the marketing department of Porsche and models during her free time. She met Mathieu in Finland when she visited the country during a work trip. They instantly connected and found themselves in love after a few dates. They have stuck together since then, and it looks like they will stay together forever. Mathieu is lucky to have such a loving woman for a girlfriend.

Mathieu and Roxanne have similar principles but different personalities. Mathieu inclines towards sports, and he has a loud, energetic vibe. On the other hand, Roxanne is more of an introvert and does not like sports. She does not even own a bicycle, so the couple does not have many things in common. However, they both are loving individuals who remain humble despite their success.

Roxanne and Mathieu believe in working hard for one’s goals. According to Roxanne, the harder you work for something, the better it feels when you achieve it, check her Instagram account for the proof. Her healthy mindset and her confidence enable her to reach all her goals in life. Thus, Roxanne and Mathieu prove that opposites can attract, provided they have the same ideology in life.

Health And Happiness Over Everything

Roxanne is undoubtedly beautiful, thanks to her commitment to staying healthy. She has all the perfect features that make her look like a professional model. She eats healthy and prioritizes her health over everything else in life. Their different personalities make it seem as if Roxanne is slightly more mature than her boyfriend. It may not come as a surprise, because she is two years older than her boyfriend.

She Likes To Keep Things Private

Roxanne may be an introvert, but her job in the marketing department requires her to meet new people. When it comes to her work, she adopts a headstrong attitude and goes after her goals aggressively. It is unclear how the media found out about Roxanne because Mathieu had kept the relationship under the wraps. Ever since their relationship became public, Roxanne and Mathieu decided there was no point in remaining secretive.

Despite her popularity, Roxanne has never revealed anything about her family. She occasionally uploads pictures of her friends and her boyfriend. It looks like Roxanne is not a fan of interacting with her fans. Perhaps it is her Belgian upbringing, but Roxanne will likely never talk to the media about her private life.

The most important thing is that Roxanne and Mathieu love each other and are there for each other. They make their relationship work even though there are several challenges in the way. Mathieu always has girls pining after him, and Roxanne has men wanting to steal her away from her boyfriend. However, true love prevails everything and wins every time. 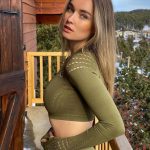 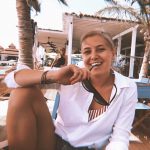