Jalen Ramsey is a well-known person in the football community. He is an excellent player who gives it all for his team in any football match. This footballer does not hold back while playing in a tournament. He is also famous for being a player among women. He has had several relationships throughout his career. Unfortunately, his romances are short-lived. However, one of his ex-girlfriends has caught the attention of football fans. Her name is Monica Giavanna, and she is a professional dancer and model. She has had a long career in the performing arts industry, and this article will tell you all about her.

She Had A Humble Childhood

Monica Giavanna was born to Frank and Pamela Douglas in Los Angeles, United States. She was born on 20th August, and she has a sibling called Frankie Douglas. She had a happy childhood with a focus on performing arts. She was a diligent and sincere student in school. She never compromised on her studies. She and her siblings had a lot of fun in the beautiful city of Los Angeles. Monica was always fascinated by the fashion and media industry and wanted to make a career in performing arts. She displayed the skills to become a dancer and a model from a young age.

She Has Established A Career In Television And Entertainment Industry

Monica always displayed an inclination towards performing arts throughout her childhood. She is a professional dancer well known throughout America. People know her for her exotic dance performances. She has also appeared on several shows that made her famous in America. Some television shows include East Los High, The Voice, Liv & Maddie, Schooled, Girl Meets World, Dancing with the Stars, and The Grammys.

Her television and fashion career has put her in the spotlight. People have known her for a long time, and she is not getting out of the limelight anytime soon. She has displayed her dance talent at several shows.

She has also appeared in commercials for companies like Walmart. She has had several highs and lows throughout her career. However, she never stopped being famous in the public eye. She is among the favorite performers of the American public.

She Had A Short-Lived Romance With Jalen Ramsey

Jalen Ramsey is not a stranger to short-term relationships. He has dated many famous people throughout his career. However, Monica was one of the celebrities that people have remembered. She got involved with the football player when he split from his longtime girlfriend. Things were looking well for the couple, but their personalities did not match each other. Monica has an ambitious and competitive attitude. She does not like to compromise her career for the sake of relationships. The difference in their personalities caused them to break up. Monica has moved on since the break-up a long time ago. She is working on her skyrocketing career.

She Is A Social Person

Monica is a social butterfly who loves to make new friends. She works in the modeling industry and has several high-profile connections. Monica has a large group of friends and a public Instagram account. She uploads snippets of her personal life on her social media pages.

This dancer loves to share her happiness with other people. Her confidence lights up the room whenever she enters it. People cannot help but notice her gorgeous looks and charming personality. Unsurprisingly, she was able to capture the heart of a famous footballer. Monica has several men that are interested in her. However, she remains highly selective of choices for a romantic relationship.

Some relationships do not work out. Monica had a relationship with a famous football player. Unfortunately, their personalities clashed, and they could not work out the differences. They also worked in different industries, and Monica was a fierce and competitive lady. She does not like to prioritize anything before her career. However, Monica deserves all the love in the world. Hopefully, she will find someone that shares her passion and ambition. Monica is a good-looking, extroverted woman, due to which it will be easy for her to find a boyfriend. 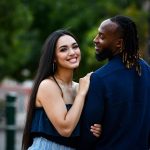 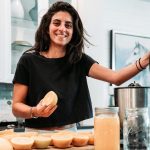