Tennis fan or not, everyone knows the name of Roger Federer. His wife, Mirka Federer, is equally famous, but most people only know them for their game. Both are talented tennis players, even though Mirka retired years ago. Most tennis fans do not know their love story. This article will tell you all about this stunning woman and her busy-bee life as an ex-tennis star and wife of Roger Federer.

The two first met during the 2000 Olympic Games, where an 18-year-old Federer came with wrestler Ludwig Küng and his protégé Urs Bürgler. Ludwig and Urs caught the wind of Roger’s increasing attraction to Mirka and decided to help him out. They helped him get close to her by locking them both out the back door and telling them to get to know each other. The couple came out later looking happy with each other, and from then onwards, they were a couple. However, Mirka still thought Roger was a little too young for her despite being with him. When she came to know about his age, she said, “OK, you are a baby.” The eighteen-and-a-half-year-old Roger felt a little shocked, blissfully unaware that Mirka would go on to become his future wife.

She Was A Celebrated Tennis Star

She came to Switzerland when she was two years old, but Mirka was born in Bojnice, then Czechoslovakia. Mirka’s birthday falls on 1st April, and she was born in 1978, making her 43 years old at present. Her tennis career began at the tender age of nine, thanks to her father’s interest in sports. Her life as a tennis player started when he took Mirka to watch a tournament in Filderstadt in Germany, where the pair met renowned tennis player and coach Martina Navratilova. Navratilova remarked that the little nine-year-old Mirka looked athletic and should try tennis, thus gifting her a tennis racket. It turns out Martina was right as Mirka achieved excellence during her tennis lessons. Mirka participated and won several tennis competitions after that, earning a name for herself. Among her popular games is the 2002 Hopman Cup, where she teamed with her husband, Roger Federer. Unfortunately, it was also the year she retired from the tennis world after a recurring foot injury. Ironically, Roger mentions that her retirement saved them from splitting up. After her fateful retirement from the tennis world, Mirka started working as Roger’s public relations manager. She now accompanies him in tournaments around the world.

She Has Four Children With Roger

Seven years following her retirement, Mirka and Roger married in 2009 at Wenkenhof Villa in Riehen, Switzerland. It was a small ceremony with friends and family, but lavish nonetheless. The same year, Mirka had twin daughters, Myla Rose and Charlene Riva. The pair had another set of twins in five years, boys Leo Federer and Lenny Federer. The four children often accompany their mother to Roger’s tournaments, cheering him on from the crowds. She keeps the four under control at all times.

She Stays Humble And Happy Despite Everything

Mirka is a highly energetic, productive person who does not like to sit idle. She loves the outdoors, enjoying nature and the company of the people close to her. She is a private person who does not want to reveal anything about her parents. People only know that they owned a jewelry business back in Czechoslovakia and moved to Switzerland for better opportunities. Mirka had a humble upbringing that focused on hard work. Her parents played the most significant role in shaping her into the tennis star Mirka is today. Mirka spent hours practicing on the tennis court, pushing forward through all the emotional and financial turmoil. Despite the fame, Mirka and Roger try to replicate the same simple upbringing for their four children. Her education is unknown since Mirka devoted most of her childhood to tennis. She is happy with her life, even though her hard-earned career in tennis was cut short due to her injury.

Mirka and Roger have maintained a strong relationship for decades. They stay close to each other’s families, never forgetting the little things in life. Their relationship works because they have similar personalities – happy, straightforward, relaxed. Mirka and Roger accept everything as it comes, be it old age, children, or unfortunate retirements. Mirka’s ability to push forward despite all the hardships speaks volumes about her strength. 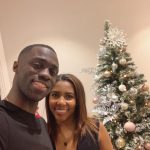 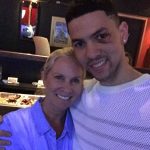