Every man dreams of having a wife who is his best friend as well. Not everyone gets lucky in that department, though. Nate McMillan, the head honcho of the Atlanta Hawks, is one of the fortunate few. The boss man has a boss wife in Michelle McMillan, and she is the focus of our post today. Why don’t you keep reading to learn more about this wonderful woman?

Biography of the boss lady

Born as Michelle England on August 14, 1964, in North Carolina, the USA, this WAG grew up in a loving household. She is from the same state as our basketball coach, and that’s not the only commonality she shares with her husband. Michelle attended Hickory High School in North Carolina, where she played basketball.

She shares Nate’s love for the sport and is equally passionate about it. We don’t know anything about her parents or her siblings, unfortunately. Michelle is ethnically black, and we’re inclined to believe her folks are too.

Nate and Michelle McMillan – How and when did they meet?

Michelle McMillan was a former accountant who didn’t have to travel far to meet the man of her dreams. Nate went to NC State in Raleigh, North Carolina, and that’s where he met the love of his life. Michelle’s feelings were in sync with Nate, and these two started dating.

Since this couple loved each other dearly, they didn’t waste much time before they got married. That was how things were, back in the old days. The ceremony took place after Nate was drafted by the Seattle SuperSonics in 1986. The Round 2 draft pick remained with the Seattle based team till he retired in 1998. Michelle relished the opportunity to move to a different city and start fresh. Little did she know back then that Seattle would become her home for almost two decades.

Michelle and Nate McMillan’s kids – Who are they, and what do they do?

Michelle and her husband have two children: A son named Jamelle and a daughter named Brittany. She gave birth to their son Jamelle McMillan on December 30, 1988. He earned a bachelor’s degree in business and corporate communications from Arizona State University in 2011. Jamelle McMillan was the director of basketball operations at Drake University from 2011 to 2012 and also launched Vortex Energy Investments in Phoenix at the same time. Brittany McMillan, Nate and Michelle McMillan’s second child, was born in 1992. There isn’t much info about Ms McMillan other than the fact that she graduated from Howard University in 2014 and resides in Washington, DC.

Nate McMillan couldn’t have done it without Michelle McMillan’s love and support. They’ve been together for more than 33 years. We already know how the two felt passionately about each other. They still feel the same way, and there’s no denying that Nate’s success can be attributed to Michelle’s love and support. Moreover, Michelle has always been able to tell when her husband has any issues with the players or the organization. It takes a certain level of understanding to be able to read your partner as she does. She also jumps at any given chance to label Nate as a perfectionist who insists on giving it his all, even if the group isn’t performing particularly well. Michelle, undoubtedly, has played a role in Nate’s success, demonstrating her genuine character. 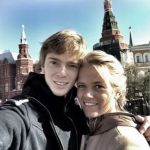 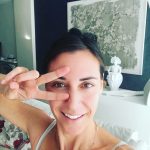