Want to know about the woman who changed the life of the famous Italian football player Leonardo Bonucci. The couple which has been all praised as a happy and married one in the world of football is the Bonuccis. The famous footballer Leonardo Bonucci met Martina Maccari in the year 2008. Right after three years of their relationship, the couple decided to seal the deal with their commitment of love for a lifetime. In 2011, they were married and started giving some major couple goals in the industry of footballers and celebrities.

Who Is Martina Maccari?

Martina Maccari was born on the 19th of November 1985 in Abbadia San Salvatore in the province of Siena in Italy. By birth, she is an Italian. Apart from her parents, she has one brother named Federico Maccari in her family. Martina has been a determined and bold girl since she was a teenager, as at the age of 16, she chose to take up modelling as her career. Needless to say, she was able to gather the viewer’s attention on the runway with beauty blessed with her inner confidence. No doubt that the famous footballer fell head over heels with the lady in the first year they had met.

Martina Maccari had stated in an interview that she was attracted to the world of beauty and glamour. She was also motivated to earn her own living and therefore she took up the career at such a tender age. But over time, she realized that the beauty industry was not what she wanted her personality to be associated with. As she grew into a woman, she could prioritize her ideas and virtues which ultimately led her to end her career as a model. After quitting the industry of limelight, Maccari turned into a blogger. She creates content that is adored by the audience. As dynamic she was, Martina did not stick to a monotonous topic for her blogs, she played with different subjects that gained her popularity in the world of blogging. Today, Martina is a social media influencer as well who has over 244K followers on Instagram and nearly 23K followers on Twitter. She is followed by superstars as well as commoners.

The Relationship Motivated By Inertness

Martina Maccari has been in the news for her commitment towards her husband and their beautiful relationship. The couple does not shy away from showing some PDA in their social media accounts. Why hide such a beautiful relationship? In another interview with Martina, she revealed the understanding and romantic relationship she shares with her husband. Like any couple, they too had their share of rough patches but as mentioned by Martina, they were always able to wade through it given their level of understanding.

There is no doubt that the footballer loves and appreciates his wife with his full heart. He has always placed her in a respected position when appearing in public or for demanding questions by reporters. The audience too cannot neglect their compatibility which leads them to have a constant update about their lives. Along with her husband, Maccari remains the centre of the world for her kids. Leonardo and Martina are blessed with three wonderful children with whom they could be seen spending quality time.

It is clearly seen that Martina is the life of their small family who loves and respects her phenomenally. She is also looked upon by her extended family in the world connected through the emotions and sentiments of her blogs and social media posts. Having evolved into a woman of lovely nature and elegance, Martina has shown the world that it is okay to change paths in life. Maccari has been vocal about her life between her fans which is rare in today’s world of people wearing masks and not the physical ones. Even having a luxurious life, she prefers to stay simple as she defines her favourite time as the moment spent with the family. 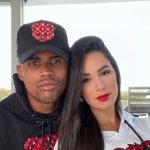 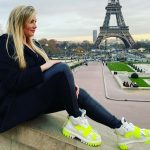