Gustavo Kuerten is indeed a name known to all in the tennis world. One of the finest players who recently retired has gained a huge fanbase and won various titles that define his success story. Gustavo Kuerten, a retired tennis player and Global Ambassador for the International Tennis Hall of Fame, was a Brazilian tennis champion whose trademark carved a heart in the clay with his racquet.

But what most people don’t know about him is his gorgeous wife, Mariana Soncini. His lady love has been with him for years and has supported him through all the ups and downs of his life. Quite an amazing personality and beautiful nature make Mariana special. So, let us know more about her.

Mariana And Gustavo Have been Together For Over A Decade

This couple is the perfect example if you want to see what everlasting love looks like. Mariana and Gustavo started dating somewhere back in 2008. Though the entire details of the relationship are not available, it is confirmed that the two have been together since then. 2008 was the same year when the star player Gustavo retired after playing his last match at Roland Garros. Since then, the two have been together and have shared the unbreakable bond of love.

They married two years later, on November 3, 2010, the same day Guilherme Kuerten would have celebrated his 29th birthday, and the newlyweds spent their honeymoon in Recife after their low-key wedding where only their families were invited.

Beautiful, charming, and sophisticated are all the perfect words to describe this WAG. But the best thing that can describe Mariana is her family-oriented nature. Since the start of the relationship, Mariana has been taking care of Gustavo and his family with love and passion. She wholeheartedly supported Gustavo in his decision to retire and has been by his side unconditionally. Additionally, she is a mother and spends most of her time nurturing her kids and taking care of them.

Mariana Is A Loving Mother

Gustavo and Mariana are the proud parents of two lovely children. Mariana gave birth to Maria Augusta Kuerten, the couple’s first child, on February 7, 2012, and their son Luis Felipe on June 9, 2013.

Most of her time is invested in taking care of the two kids and educating them. Additionally, she spends quality time with the family and develops strong bonds.

Mariana Is Not Social Media Fan

Mariana is different from other WAGs in several ways. Starting from family-oriented nature to having a habit of staying away from social media platforms, Mariana is truly a different persona to know. She is not on social media and doesn’t like to share her personal life with others.

Though there are few pictures of this beautiful family available on Instagram, all those are shared by Gustavo.

Mariana believes in privacy and loves to enjoy every moment with her husband and kids. She has been seen attending events with her love, and her classy look makes her look no less than a princess. She has a charming and unique personality that attracts everyone. She loves to stay low-key. Her beautiful brown hair and deep brown eyes uniquely add to her looks. Mariana is a natural beauty, and her well-maintained physique adds to her overall looks most amazingly. Mariana looks stunning in every attire she wears from parties to theme parks and carries it most stunningly.

Mariana is a person with amazing traits. Her love for family and concern for her kids define her unconditional love. She supports her family always. Mariana and Gustavo have been together for more than 14 years now. The best part of their relationship is that the fans have never heard of any rumors or conflicts.

The two make a powerful team, the base of which is trust and love. Marianas’s simple nature and outgoing personality add to her beauty most splendidly. 14 years and still counting, this beautiful couple has some major couple goals to share. Hopefully, we may meet Mariana soon on social media to know more about her and her beautiful family. 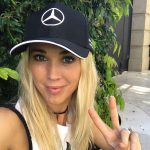 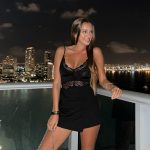