Who is LeceBabi aka Lycia? If you wanted to know more about this woman, you’ve come to the right place. LeceBabi is currently dating Phoenix Suns forward Jae Crowder. Read on to find out more about this beautiful woman.

Biography of a Hot WAG

LeceBabi was born on November 13, 1994. Her real name is Lycia, and she is Salhi/Algerian. This young lady used to live in Atlanta. LeceBabi has kept details about her family private as of writing.

What did LeceBabi do to attain fame?

This beautiful woman had been toying with the idea of fame from early on. She had explored numerous routes to attain stardom. However, nothing worked out until she found out about Instagram. The social media app is the guilty party that helped her get noticed. She is naturally beautiful, and it was only a matter of time before the girl got what she was after.

Thanks to being recognised on social media, Lycia began attracting celebrity males. This thick beauty chose to date rapper Future, and news about her hanging out with the star became public in 2018 when fans caught her partying with the star on his birthday. LeceBabi even posted a picture of the Freebandz rapper walking alongside her in January 2019. This was enough for every fan to acknowledge that she was, in fact, dating him.

This pretty lady’s fling with Future did not last very long. It was never going to, thanks to the man’s promiscuity. It wasn’t a hard call when she decided to end it. LeceBabi met Jae, who was playing for Miami Heat then and began dating. They were in the news when they quarantined together. The woman’s connection hit a speed bump after the basketball star decided to end the relationship prematurely. This was in May 2020. It was partly blamed on Jae’s ex Dana. However, Babi and Jae have thought about it and are enthusiastic about giving their relationship another shot. These two lovers have rekindled their romance and have been public about their relationship too. They’re currently an item.

What does the future hold for LeceBabi and Jae Crowder?

While no one can predict the future, given Jae’s history, we think that this might be another one of his silly games. We don’t want to see this poor girl’s heartbreak again. But there’s nothing that we can do but hope this couple goes the distance this time around. We’d want to see Babi and Jae get hitched and start a family, and we know aren’t the only ones thinking this way.

Who is LeceBabi as a person?

Lycia, who is better known by the moniker LeceBabi, is a happy and hopeful woman. She is easily hurt when loved ones betray her, but this woman rarely shows her emotions. She is intelligent emotionally and can take criticisms without getting too self-defensive. This doesn’t mean that she won’t stand her ground. LeceBabi picks her fights carefully and does not feel restricted when she goes about expressing her thoughts.

This girl is unique, to say the least. Although Babi is fiercely independent and loves her freedom, she is quite flexible when it comes to accommodating her loved ones. Lecebabi is very spontaneous and likes to do things in the spur of the moment. That explains a lot, doesn’t it? 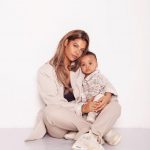 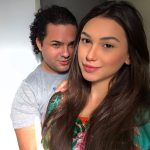