In this article, we’re going to get into details and tell you all kinds of interesting facts about Laura Ruth Harrier. She used to be the girlfriend of Golden State Warriors Shooting Guard Klay Thompson. Who is she and what is she doing nowadays?

Laura was born on the 28th of March, 1990, in Chicago, Illinois, the USA. She is of mixed ethnicity. Her father, Temujin, is a black American, while her mum Linda is of Polish and English heritage. She has a younger brother called William and a great-grandfather named J. Waskom Pickett who used to be a Methodist minister.

What is Laura’s academic background?

You can think whatever you want about America, but we’ve got to give it to them for trying to educate as many people as possible. Laura is no different. She had every bit of intention to complete an Art History course from the New York University. However, she never enrolled in it and instead pursued an acting course from the William Esper Studio. Before that, the young lady completed her schooling at the Evanston Township High School in Illinois.


Finding success as a model

Although a lot of you know Laura as a successful actress, did you know that she attained authority as a model a few years prior? This young star began posing for the cameras as a 17-year-old when she was discovered by her mother’s friend. Laura has been represented by Elite Model Management, IMG Models, and Wilhelmina Models and has worked with Urban Outfitters, American Eagle, Target, L’Oréal, Macy’s, ALDO, and Steve Madden. This actress has also appeared in Glamour, Vogue, Cosmopolitan, and Elle. She reached the summit of her profession when she became the face of Garnier and appeared in one of their national commercials.

Why and when did Laura Harrier begin her acting career?

Ms. Harrier is the kind of person who likes to keep challenging herself. She lost interest in modeling which led her to pursue an acting career. The young woman found it necessary to train herself properly before trying her luck. She got a break as Destiny Evans (how poetic) in One Life to Live when she was still at the Studio. This was in 2013. Since then, she has starred in Unforgettable, Galyntine, Codes of Conduct, Fahrenheit 451, and Hollywood on television.

Has Laura acted in any movies?

Yes, she has. This actress got her chance in 2014 when she was cast as the Manuscript Woman in the Anna Kendrick starrer The Last Five Years. She played Dorothy Cuda in 4th Man Out before getting an opportunity to star as Liz in the 2017 Marvel movie Spider-Man: Homecoming. This is her biggest release to date. This young missy has also acted in BlacKkKlansman and Balance, Not Symmetry. She also worked with Carrie Brownstein in her debut short film The Realest Real and has a couple of movies (BIOS and The Starling) in the pipeline.

When did she start seeing Klay Thompson?

Reports of Laura and Klay emerged for the first time in 2018. She was caught hanging out with the basketball player by frenzied fans and the media. Laura later confirmed the rumors.

Why did Laura Harrier end her relationship with Klay?

Laura is the kind of girl who dislikes abusive partners. Not only does she call them out, but she also doesn’t give them any space in her life after she’s done with them. After being cheated on and abused by Klay, this actress decided that it was best if she ended the relationship, and that’s what she did in early 2020.

What does Laura’s personality tell us about her?

This sophisticated lady is charming and attractive. She’s career-oriented and can be persuasive if she has to. Laura hates monotony and cannot stand constraints. She constantly pushes herself to the limits, and we think this is the key to her success. 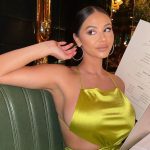 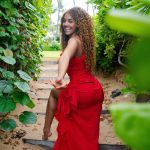