Sometimes, even the most perfect couple has to end their relationship. Love is complicated and unpredictable. Most people know the turbulent nature of romantic relationships. People felt shocked when Lalla Diakite announced divorce from her husband, Didier Drogba. They were the power couple of the football world until they broke up. This article is about Lalla Diakite and her life with her lovely ex-husband. Lalla Diakite has several unique qualities that can sweep any man off his feet. Their love story will impress anyone.

She Is The Niece Of Amadou Toumani Touré

Lalla Diakite is a beautiful woman over 30 years of age. She has preserved her youthful looks while looking after her husband and children. Lalla does not like heavy make-up because she prefers to flaunt her natural beauty. Her skin is clear, and her hair frames her face at the correct parts. She is also the niece of the former Malian President Amadou Toumani Touré.

She Became A Stay-At-Home Wife For Didier

Lalla Diakite gave up her aspirations to support her husband. She wanted to study and become a medical practitioner, but it was incompatible with the WAG lifestyle. As the wife of a footballer, Lalla had to spend time alone. She also had to move along with her husband’s transfers. Unlike most WAGS, Lalla did not complain about it. She has mentioned that she did not prefer one particular place. Instead, she went wherever her husband found comfort. Her sacrifices for her husband are commendable.

Thankfully, Didier Drogba has acknowledged and appreciated her efforts. He has praised Lalla by saying that she supported him. They have known each other since Lalla was 18 years old. After he became rich, Lalla inspired him to spend less money. Thanks to her, Drogba also attended fewer parties. She was always there for him whenever he needed a shoulder. Lalla also gave him a lovely family.

She Made Him Chase Her

Lalla and Didier met at a football match, where Didier instantly fell in love with her. It was love at first sight for Didier but not for Lalla. She made him chase her for a long time before agreeing to be his girlfriend. However, they had met in Paris long before the football match. He gave her all his efforts and finally married her. Didier thought the situation was perfect despite the chase. According to him, one should work hard for the things one loves. The couple has three children, Issac, Kieran, and Iman. Lalla has a son, Kevin, from her previous relationship.

Her husband and children were the most important things in her life. It was crucial for her that Didier stay in his head and focus on his career. She never forced him to do anything, including adopting her faith. Lalla is a Muslim, but she never pushed Didier to practice her religion. Didier is a catholic. The couple strived for equilibrium throughout their relationship. Didier played football while Lalla looked after the kids. Their relationship was working out perfectly, making them the picture-perfect couple.

She Is Not Materialistic

Despite having all the money in the world, Lalla chose a simple lifestyle. She never dressed in extravagant clothes to flaunt her wealth. Her humility was one of the things Didier loved the most. She also stopped her husband from spending too much money. Thanks to Lalla, their family lived a regular life. Unfortunately, their marriage ended in 2020. However, the couple did not announce a public divorce like others. They kept their separation under the sheets until netizens found raunchy pictures of Didier with a mysterious woman. Rumors of infidelity began to swirl in the football community until Didier spoke about the situation. He mentioned that his family needed privacy, due to which they did not announce their divorce.

Despite the divorce, Lalla and Didier remain close friends for the sake of their children. Lalla has a private Instagram account. She rejects requests from anyone outside her family and friends circle. The media does not know if Lalla has moved on from her long-term relationship. Hopefully, she will find happiness in her life. Lalla has not spoken about her divorce from Didier. It is because she has a shy personality. 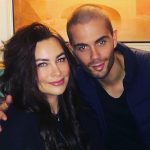 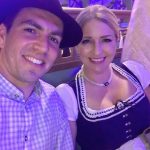