Ivica Zubac, the Croatian Center who plays for the Los Angeles Clippers in the NBA, has done well in the girlfriend department. In this article, we’re going to dissect Kristina Prišč’s life. This stunning beauty has been in a long term relationship with the player.

Biography of a Croatian model

Kristina Prišč was born on May 1, 1992, in Croatia. Both her parents are Croatian, and she has a younger brother too. Kristina completed her formal school education in Croatia before going to attend university. This lady graduated from uni in 2016 before pursuing her goals.

How and when did Kristina Prišč and Ivica Zubac meet?

Kristina was in Zagreb when Ivica was coming through the youth ranks of Košarkaški Klub Cibona. The young lad had just turned eighteen when he first laid eyes on this beautiful woman. They began dating in 2015 and have been together since.

Are Kristina Prišč and Ivica Zubac married? How many kids do they have?

Although Kristina was hesitant about the age gap, Ivica had no doubts whatsoever in his mind. The couple loves each other dearly and has remained attached to each other like conjoined twins. Ivica popped the question to her, and they got engaged in the Bahamas. Yes, Ivica and Kristina are engaged. They were due to be married in the summer of 2020 in Citluk. However, these love birds had to cancel their plans due to a raging pandemic just ten days before the big day. They haven’t found it hard because they’re madly in love with each other. The couple is waiting for the right time to get married. Speaking of right times, this Croatian couple has decided not to have children out of wedlock. Kristina and Ivica Zubac will wait until they’re wedded to have babies.

Kristina Prišč – Her likes and dislikes

The first thing on this list has to be animals. Kristina loves dogs. She’s the kind of girl that spoon-feeds a puppy with her own hands. Kristina smothers her pet pooches like there’s no tomorrow. Another animal that she loves to death has to be the horse. She loves riding them and taking care of them. Kristina Prišč runs a stable called Team40Stable, and her horses even compete in tournaments. This gorgeous beauty loves her work and taking care of herself. She’s a fitness enthusiast and does everything she can to maintain her slender figure. Kristina has a love for travel too, and she enjoys spending time in America.

Did you know that Kristina Prišč is a journalism graduate? Although she didn’t pursue a career in the field, she has insiders information about how the industry operates. That has helped this Croatian model steer clear of controversy. One of Kristina’s magnificence lies in her legs. This beauty’s legs are 115 cm long, and it adds a touch of sensuality to her figure. Kristina Prsic was the Gentleman’s Choice Girl in 2015.

Who is Kristina Prišč as a person?

Beauty and brains combined, this svelte model from Croatia is an ideal example of a modern-day girlfriend. She has the perfect mix of orthodox and liberal values, knows her limits and doesn’t do anything to offend anyone. Kristina keeps her head down, does her job, and just has fun with the man she loves. A mature and sensual woman, Kristina Prišč is the ultimate girlfriend you’d want in your life. Sadly, Ivica got there first. 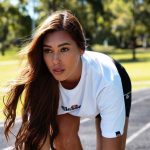 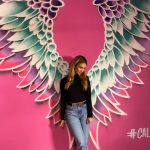