Does her last name ring a bell? Yes, this girl was already a household name in the circuit, thanks to her father. Kelly Piquet, the famous Daughter of Nelson Piquet, is the female on focus here. Get to know this beautiful lady.

Biography of a Brazilian model

Kelly Piquet was born in Germany, in the town of Homburg. She is the daughter of three-time Formula One World Champion Nelson Piquet of Brazil and international model Sylvia Tamsma of the Netherlands. Kelly grew up in the south of France for the majority of her youth. She relocated to Brazil when she was 12 years old and stayed there until she was 15. Ms Piquet then returned to France for another year before relocating to England to attend a boarding school. She returned to Brazil to finish her senior year of high school when she was 17 years old. Kelly Piquet majored in International Relations with a focus on political science and economics at Marymount Manhattan College in New York.

Although Kelly spent time travelling the world, even as a child, this young woman shared a close bond with her six siblings – Nelson Piquet Jr., Julia Piquet, Pedro Estacio Piquet, Geraldo Piquet, Laszlo Piquet, and Marco Piquet. Kelly shares a unique bond with her family, and despite her busy schedule, this woman always finds the time to hang out with them. Ms Piquet appreciates her family as much as she values her personal space.

Kelly Piquet and Max Verstappen – How it all began!

Ms Piquet’s relationship with Max was first revealed to the public when the Dutch racer shared a picture of him and Kelly enjoying time together in Dubai. This was on the very first day of this New Year. However, we have figured out that these two have been seeing each other since October of last year. Max, who is nine years her junior, didn’t mind asking Kelly out. If truth be told, he was more than happy to test the waters with Kelly Piquet. Almost a year into the relationship, these two lovebirds are still going strong.

Is Kelly Piquet married to Max Verstappen? Do they have any kids together?

Kelly Piquet and Max Verstappen are just dating. They’re not married yet. They also don’t have any kids together, and it’s too soon for the F1 driver to be thinking about kids, isn’t it? He’s busy battling Lewis for the title. Maybe he will ask Kelly the big question if he wins the championship. But that’s just Max. The same isn’t true for Kelly. Did you know that she was involved with another racer in the past?

Yes, this woman’s dating life has had one other F1 driver. She was involved with a Russian star called Daniil Kvyat. Their relationship began in August 2016 and lasted till December 2019. Kelly has a daughter named Penelope Kvyat with Daniil. Nobody knows why her relationship with Daniil ended but what we know is that she has put her past beyond her. Kelly Piquet is now completely focused on raising her child and having a good time with Max.

Some unknown facts about Kelly Piquet

You now know that this Brazilian beauty is a model, but do you have any idea of whom she’s worked for? Ms Piquet has modelled for PatBO and Lucas Boccalão, as well as walking the runway in a few fashion shows. Kelly began working in the fashion industry during her undergraduate years and opted to stay in the industry. She is also a columnist for Marie Claire magazine. Kelly has also worked for Vogue Latinoamerica, Bergdorf Goodman, and the KCD PR agency. All in all, Ms Piquet is a handful lady and is very talented too. 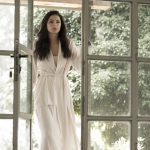 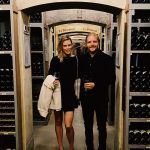