Read on to know everything about the woman, who was once Cristiano Ronaldo’s love and now is the woman who accusing him of sexual abuse. This sexual abuse allegation goes way back to 2009, when Kathryn and Cristiano crossed paths.

But who is Kathryn Mayorga? How did she meet Cristiano, and why did the long-closed case reopen? Several questions are juggling through his fans’ and followers’ minds. We take a closer look at more than a decade-old case to know all relevant details about the case.

Who Is Kathryn Mayorga?

Kathryn Mayorga is a former American model who is currently working as a school teacher. She completed her studies in the US and is known to have a major in Journalism. Kathryn married his high-school boyfriend in 2008 but reportedly divorced him a year later.

This 34-year-old woman born in Las Vegas, Nevada, came into headlines when she accused the renowned footballer Cristiano Ronaldo of sexual abuse that occurred in 2009. When asked about the reason she came forward in 2018, she accepted that she was afraid of taking any legal action against a famous personality.

Once she did, her name spread like wildfire on social media. She appeared in many newspapers and magazines as well.

The Incident That Changed Everything

The incident goes back to 2009 when Ronaldo was in Las Vegas and came across the former model Kathryn in a nightclub. After having their share of fun in the club, according to Kathryn, Cristiano invited everyone to his guesthouse. She then blamed him for taking advantage of her.

Right after the allegation, the pictures taken in the nightclub where Cristiano can be seen dancing with her went viral. He even declined the fact that it was him, and the pictures were morphed to get him into trouble.

On the flip side, Ronaldo keeps spreading the word that the relation was consensual, and she is simply trying to use his name for fame.

Kathryn and Ronaldo agreed on a settlement in 2010 with a non-disclosure agreement. She reportedly accepted £290,000 back then. Right when Cristiano believed this is over, Kathryn decided to pounce back into his life.

Why Did Kathryn Reopen The Case?

You must be confused as to why Kathryn reopened the case. After 8 years, she reopened the case saying that she was mentally unstable and couldn’t think straight when she made the non-disclosure agreement. She will soon undergo a mental examination before the process could move further.

Research has shown that she has about 60 witnesses to back up her claim. She keeps repeatedly saying that the incident has drastically affected her life and will keep on affecting it in the future. Her lawyers came forward with a statement that she was forced to accept the money to stop her from reaching the court.

Also, she said that the #metoo movement gave her the strength to come forward and stand up to the wrongdoing she came across. But this time, the case will not be presented in front of a jury but would rather go to an arbitrator. Furthermore, Cristiano wouldn’t have to give an appearance in court for the case.

Do You Know How Much Money Has She Demanded This Time?

This time Kathryn Mayorga has demanded £56m. Yes, you heard that right. She has given a breakdown of the amount as well.

According to the former American model, the amount breaks down into the following three categories:

Reportedly, a civil case is still processing against Ronaldo.

She Did Report A Sexual Abuse Case In June 2009

Investigation showed that Kathryn Mayorga did report a sexual abuse case in June 2009 in the Las Vegas police station. But at that time, she did not mention the person who committed the crime. Nor did she revealed the place where it happened. The police confirmed that there were marks all over her body. Due to the lack of information provided by her, no action was taken.

If you are wondering about the outcome of the case, then it’s been years but still no solid decision in favor or against the footballer. As they say, in such instances, we can just assume what the truth could possibly be. 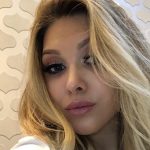 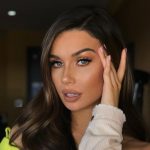