We’re extremely happy to go into details about Jada Paul’s story. She is the wife of NBA superstar Chris Paul. Join us as we discuss some interesting things about this lady’s life.

Biography of a Businesswoman

Jada Alexia Paul (née Crawley) was born on February 16, 1984, in North Carolina. The better half of CP3 is African-American and grew up in her hometown. Jada attended Mount Tabor High School in Winston-Salem, North Carolina, before going on to study at Wake Forest University in her home state.

How and when did Jada and Chris Paul meet?

Jada is Chris’s sweetheart. If you’ve followed the basketball player’s life, you’d know that he went to Wake Forest University too. It was here he met Jada. The two began dating when they were eighteen. Jada is Chris’s college sweetheart. Although the man went on to the NBA after two seasons, Jada’s love was strong enough for it to endure the distance.

Jada and Chris Paul-Are they married?

Jada and Chris have been in love ever since they first met. It was love at first sight. The basketball player asked Jada the question, she said yes, and they married in September 2011. This couple insisted on having their wedding in their hometown. The ceremony took place at the Ballantyne Hotel and Lodge in Charlotte, North Carolina. A grand affair, their wedding was attended by NBA stars and Hollywood celebrities. Lebron James was Chris’s groomsman at the marriage.

How many kids do Jada and Chris have?

Jada gave birth to their first child, a son named Christopher Emmanuel Paul, in May 2009. Their second born was a daughter Camryn Alexis Paul, and she came into this world on August 16, 2012. Although the player has provided the kids with everything they could ask for, they adore their mother like no other. Jada Paul has done an astronomical job raising these two. She even quit her business pursuits to spend time with her kids and to give them all the attention and care in the world.

Some unknown facts about Jada Paul

Did you know Jada Paul is a philanthropist? She is a founding member of the CP3 Foundation, which helps underprivileged families in North Carolina. Jada also runs a program called the Jada Paul Prom Dress Giveaway. Every year, she gives high school seniors a makeup and hairstyle makeover and also a dress to wear for prom. It mustn’t come as a surprise because Jada is also a fashion designer. This lady loves all the finer things in life but knows her roots. She has been a pillar of strength for Chris, which has helped him perform consistently on the court.

A lady who stands her ground, Jada is a loyal woman. She doesn’t mind getting into an altercation when it comes to her loved ones. Jada Paul is honest and supportive of people who want to try and achieve something in life. This North Carolina native has a never-ending love story with her hometown and can be seen doing things to help uplift her community. As a person, she’d be happiest when everyone close to her has achieved all their dreams. A wise woman, Jada has a positive nature and is very bold too. She isn’t influenced easily by others which is very important for a woman, let alone of her stature. Jada knows how to handle difficult situations in life and would want you to be just like her. 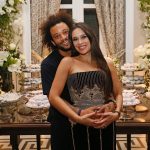 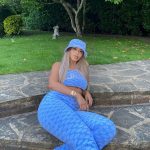