Carlos Sainz is no stranger to the women, and many will be upset to learn that his latest girlfriend is Isa Hernáez. If you’d like to know how far they’ve gotten, you’ve got to check out this post. In any case, she is one of the most gorgeous Spanish ladies on Instagram.

Biography of a Spanish journalist

Isa was born as Isabel Hernáez Fster in Madrid on February 24, 1995. She has decided to keep her parents and siblings out of the public eye, but we think that it’s only a matter of time before the world gets to know them. This Spanish girl completed her schooling before attaining a bachelor’s degree in bilingual journalism. Isa describes herself as a journalist on Instagram. Let’s take a look at her career in the next section then.

Isabel works as a press officer for Scalpers Company and Victoria Collection. She promotes them using both traditional and modern marketing methods. She regularly works with newspapers, social media, and advertising firms to help her company with its goals. Apart from this, Isa Hernáez also plays the part of a fashion consultant. She regularly works with numerous brands and even models for some of them. This multi-faceted personality isn’t shy in front of the camera, and it should have been evident by now.

Isa, who is a social being, decided to keep her connection with the Spanish racing driver a secret. Although we respect her decision, it is a shame because had she decided to go public with him, we would have known about her a lot earlier. Our research found out that Carlos and Isa met whilst holidaying in the Balearic Islands. This was way back in 2016. Isa, who hung out in the islands, liked it when Carlos approached her. The two began dating not long after that. They began dating and did all the regular stuff that normal couples do but managed to fly under the radar of eagle-eyed fans.

Is Carlos Sainz married to Isa Hernaez? Do they have kids together?

As far as we know, this couple is still boyfriend and girlfriend. Now that their relationship is out in the open, Isa and Carlos shouldn’t have any hesitation whatsoever to reveal to the world when they get hitched. This couple doesn’t have any kids together either.

What are some of the things that Isa Hernáez enjoys?

Did you know that this Spanish beauty loves to cook? It is one of her favourite things to do. Isa uses cooking to destress and connect with herself. She even puts up a few of her creations on a show for the world to see. Her Instagram is updated quite often with her creations. Isa Hernaez, just like every other girl, loves flowers. The more surprising bit about this woman is that she loves sports as much as she loves her cooking. There is a special place in Isa’s heart for F1. She can be frequently seen enjoying the sport from the stands.

Who is Isa Hernaez as a person?

From what we know, Isa Hernaez is a sweet and inspiring lady. She’s fond of animals and treats them with love and care. Isa uses her creativity to find solutions to her problems. A dignified, well-dressed, and self-sufficient woman, Isa Hernaez is a top gal. Carlos Sainz is lucky to have landed this Spanish beauty. 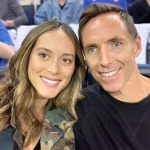 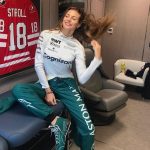