The NBA’s gentle giant, Bucks centre Brook Lopez, has been in a relationship with a beautiful girl called Hailee Strickland. In this post, we’re taking a look at this young woman’s personal life. Join us as we reveal some juicy details about Hailee.

Biography of a Pilates Instructor

Hailee Nicole Strickland was born on April 4, 1992, in Burlington, North Carolina, the United States, to Richard and Donna Strickland. Hailee has a sister named Noelle and a brother, Emerson. This young lady finished high school in her home town before attending Appalachian State University in Boone, North Carolina. Hailee graduated with a BS degree in 2015.

Hailee Strickland’s career- What did she do?

Whilst still in uni, Hailee became a part of the Appalachian Fashion Group. She also worked as a sales manager for custom sorority and fraternity apparel makers South by Sea. Later on, this youngster interned at Michael Kors.

Upon graduation, Hailee joined Cato Corp as an assistant buyer. She remained with the American retailer for a year and a half before joining department store chain Belk as a merchandiser. Hailee would work for them for just six months before switching jobs. Her final stint as a corporate employee was for Townsquare Interactive. She joined the company in 2017 and quit the Charlotte-based firm when she decided to move to Milwaukee.

What does Hailee Strickland do now?

As a career-oriented woman, Hailee had tried the corporate life before deciding that it wasn’t something that she’d do for the rest of her life. Upon moving to Milwaukee, she earned a Pilates certification and now works as an instructor at the Eleven Pilates Studio. This young lady has found the perfect balance between work and fun and uses her skills to help others achieve their goals.

Hailee met Brook way back in 2012. The basketball player was with the Nets back then. Although Hailee had lived in North Carolina for the most part, it was luck that got these two people matching. They began dating and have remained faithful to each other for nearly a decade now. Hailee was focused on her career during the initial stages of the relationship, but everything changed in 2018. The lady knew that Brook was her man, which is one of the reasons why she quit her job and decided to move to Milwaukee. The couple has been living together since then.

Are Hailee Strickland and Brook Lopez married? What about kids?

Brook and Hailee haven’t tied the knot just yet. Brook is nearing the end of his career, and Hailee is growing older by the day as well. We think that this is the perfect time for them to get hitched. They should be planning on a wedding, if not already. Hailee and Brook do not have any kids as of now.

A career-oriented woman who has been attracted to the family way of life, Hailee thought long and hard before making the switch. This woman isn’t someone who has any regrets in life. She knows that things will only make sense in retrospect. She doesn’t give up what she wants so that others could have what they needed. Hailee Strickland is a balanced individual whose life could be a good example for young girls to follow. You don’t have to compromise anything to achieve something else in life. Take things as they come, and listen to your instincts. They’ll never let you down. 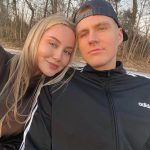 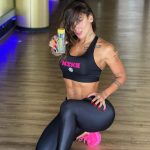