The footballer is known for his outstanding performance on the field. However, his form declined in the early 2000s, and there is a specific reason for it. It turns out the striker was too busy cheating on his girlfriend of five years with someone he met on a fateful day. Her name is Funda Gedik, and this article is all about her and how she ended up with Alexandre.

Funda Gedik is a Turkish girl working at a nightclub in London. She is in her early twenties and caught the public eye in 2020. Funda is a total fashionista, thanks to her job, which demands her to look pretty at all times. Her dark brown hair adds beauty to her gorgeous figure, causing her to attract attention.

She Met Alex Long Before The Affair Became Public

He and Funda first met in late 2018, a year after he moved from Lyon for £52 million. They met while the player was out on the town at the Libertine nightclub in London’s Soho. The naive Funda had no idea that her new man was already in a relationship the whole time. He even took Funda Gedik on dates at expensive hotels and introduced her to his family and teammates. Funda and Alex were reportedly texting while he was on vacation with his five-year partner, Manon Mogavero.

She Was Extremely Disappointed To Find His Relationship Status

Funda, 23, was distraught when he revealed that he was not single after three months of dating. This betrayal affected her deeply, but she continued dating him in the hopes that he would commit. After this bitter revelation, Alex went far and beyond to convince Funda to stay. Funda received undivided attention from him, which led her to stay put in the scandalous relationship. As of today, Funda continues to go out with the footballer.

She Stays Strong Despite The Open Secret

Their affair is public, but Funda has stopped caring about the negative attention and comments. At first, she was worried and upset, but it did not take long for her to gain confidence in her relationship. She believes and stands by her romance with the footballer, even though it did not begin with honesty. After all, the footballer immediately introduced Funda to his family and close friends, giving her a significant spot in his life.

The nightclub worker has mentioned that people already treat them like a couple. They spent a lot of time together, especially in Mayfair. Alex was very affectionate, and he didn’t seem to mind if other people saw them together. Funda finds it astonishing that people did not spot them sooner, considering he’s a quality Premier League player.

Funda’s Has A Sexy, Bold Demeanour

Just a single look at her pictures gives away a lot about her personality. Funda, being a nightclub employee requires to be outgoing and flirtatious. It was perhaps the fantastic way she carried herself that made him fall for her. Funda has good intentions but does not leave room for others to judge her. Funda does whatever she wants, whenever she feels like it. Just like her boyfriend, she is also a party animal.

According to one of her friends, the footballer asked Funda if she wanted to join him in smoking shisha pipes or nitrous oxide. Funda fulfills the footballer’s fantasy of dating a hot girl. It is her fierce attitude that has kept the relationship ongoing despite a significant hurdle. It turns out the footballer is making zero attempts to leave his girlfriend – Manon Mogavero, and Funda is still awaiting some clarity.

Funda Has Chosen To Stay Out Of The Public Eye

Funda knows that fans will bombard her with questions if she opens up to the world. It is why the hottie has kept a low profile for nearly a year. Alex respects her by never posting her pictures on his Instagram account. As a result, there are very few images of her.

Funda is an ideal example of remaining poised and self-sufficient in the face of difficulties. She is unsure about her relationship’s future but does not let it deter her self-belief. She shows there is no better way to deal with a nasty situation than loving and accepting oneself. 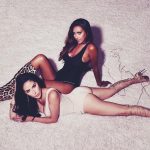 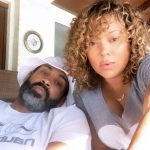