Fabio Fognini is a tennis player that plays well and looks like a model. He has had women swooning over him since the beginning of his career, but no girl got lucky. Well, except for one woman who happens to be his wife. The name of his wife is Flavia Pennetta, a famous sports celebrity at one point. A lot of people do not know about her, despite her long career in the tennis world. This article has all the information about her beautiful life, relationship and children with Fabio Fognini.

She Has Played With And Won Against Tennis Giants

To begin, this beautiful woman is a former Italian tennis player but now focuses on her family. Flavia was a Grand Slam champion at one point, and it is a significant achievement in the tennis world. The best part about her Grand Slam win is that she defeated her childhood friend and tennis rival, Roberta Vinci. It is appreciable that Flavia won against some big names throughout her tennis career. Some of them are Grand Slam champions like Samantha Stosur, Li Na, Petra Kvitová, Maria Sharapova, Martina Hingis, Amélie Mauresmo, Svetlana Kuznetsova, Victoria Azarenka, Justine Henin, Mary Pierce, and Venus Williams.

Her tennis career began at the age of 5 when she fell in love with the sport. The person who introduced the innocent Flavia to the game was her father, who supported her throughout her training. Through hard work and dedication, Flavia became popular in the tennis world as a teenager. Her first significant win was against Roberta Vinci, who was her best friend for a long time. Despite the loss, Roberta and Flavia remained best friends throughout their careers and stay close. Her tennis idol is Monica Seles, and her inspiration has helped Flavia win several matches.

Fabio Fognini Became The Love Of Her Life

Flavia is currently married to the handsome Fabio Fognini, and fans love their relationship. They are a power couple in the sports industry because they are highly ambitious and uncompromising in their desire for success. They both have achieved a significant level of recognition throughout their careers and serve as an inspiration for other tennis lovers worldwide. Fabio and Flavia knew about each other for a long time but started dating in 2014. Their relationship never had any trouble, and they got married in June 2016. The lavish ceremony happened in Ostuni, a beautiful city in Italy. In 2017, Flavia and Fabio had their first child, who was a boy. A couple of years later, they had another child. This year, Flavia announced that she is expecting a third child.

Someone Broke Her Heart Before

However, Fabio is not the first man to steal her heart. Before dating her current husband, Flavia was in a relationship with Carlos Moyá, a Spanish tennis player. Their relationship ended on a sad note, and Flavia was upset for a long time after that. They broke up in 2007, and it was so traumatic that Flavia wrote a memoir named Dritto al cuore (Straight to the Heart). Despite the ugly split, Flavia never lost hope and kept looking for the perfect man. Eventually, she found him in Fabio Fognini, ending her search with happy news.

Flavia Is Strong And Insanely Ambitious

Flavia is an inspiration to tennis enthusiasts everywhere because she is excellent at the sport. She was at the peak during her time in the tennis world, and nobody could stand in her way of success. Flavia suffered a wrist injury that hampered her career but did not make her lose hope. She kept trying until she achieved everything she wanted. When the time came for her to retire from tennis, Flavia did so with utmost grace. Now she can look back at her tennis career with pride and joy. Her children can grow and look up to Flavia as their role model.

Flavia and Fabio could not have asked for better partners than each other. The tennis stars met, talked and hit it off instantly. Their relationship tells us that breaking up with a person is necessary to find our true life partner. Good things can come after heartbreak and failure, only if we strive for excellence. Rest assured, Flavia and Fabio will live happily ever after surrounded by luxury. 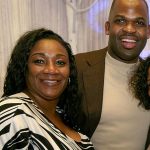 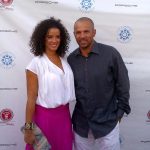