In this article, we are going through intricate aspects of Deja Lighty’s life. She used to be the girlfriend of Utah Jazz shooting guard Donovan Mitchell.

Biography of a lifelong basketball lover

Deja Lighty was born on the 12th of December, 1995, in New York, USA. She grew up in her family’s house in the Bronx but attended the Montclair Kimberley Academy in northern New Jersey. Her mum’s name is Veronica, while her dad was Darrel Steven “Chris” Lighty. Deja has a younger brother born in 1997 and four step-siblings.

Deja, who led a quiet but ambitious life, was struck with tragedy when her father committed suicide in 2012. Months before her seventeenth birthday, Darrel died from a self-inflicted gunshot wound to the head. It made the headlines because her father was a popular music industry executive. He co-founded a record label marketing and management company called Violator. This incident shook a growing Deja to the core. The media were all over their house, and it didn’t help this budding lady one bit. Luckily, she managed to get out of this horrible tragedy and kept her life on track.

Deja graduated from Montclair Kimberley academy in 2014 before going on to study sports management at Temple University in Philadelphia. She knew what her passion was even before she completed high school. This young lady worked as the team manager for the boys’ basketball team in her high school and loved it. Deja followed it up by becoming a basketball recruiter for her university. She helped out with the team’s preparation for games, working with the coaches to collect data for recruitment and administration purposes. She then took up a role with the Cleveland Cavaliers as an account executive for Organisational Business Development. Deja has also interned with RocNation.

Deja and Donovan are from different parts of the country. They didn’t go to the same school or college. However, love has an unusual way of bringing people together. Deja met Donovan, thanks to her background work in the NBA. She began dating the player soon enough. Donovan, who had signed with the Jazz in 2017, confirmed their status on social media. The lady worked for the Cavs back then, and these two tried to make the connection work. However, in late 2019, the pair began deleting all the pictures of them being together from their social media accounts. It meant only one thing. Their relationship was over.

Is Deja Lighty dating anyone now? What is she up to?

Ms Lighty has gone all quiet on the dating front. At least in public. She has departed the sports industry altogether and has a newfound interest in modelling now. This missy also works as the Community Manager for Jones Road Beauty. She’ll eventually open up about her life, and until, then we’re going to have to give her the space she needs.

Bold and optimistic are accurate words to describe this lovely American lady. A born winner, Deja Lighty is a perfectionist when it comes to certain things. She speaks her mind, and people often misconstrue her for an adamant woman. Deja is anything but. An honest and reliable person, this model is a competitor who likes to win at everything. She’ll give her all no matter what. All we can say is that Deja Lighty has a bright future ahead of her. 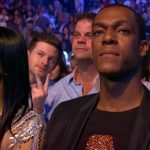 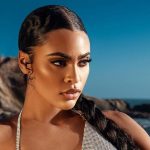