Daniil Medvedev is a name everyone knows in Russia because he is a famous tennis player. His performance on the tennis court is mind-blowing as he delivers strike after strike until he defeats the opponent. He never gets involved in any drama and focuses solely on his game, so fans love him more. However, most people do not know anything about his personal life, and this article explores one aspect of his otherwise private life. This article is about Daria Medvedeva, the wife of this tennis star who also happens to be a successful model.

Daniil and Daria dated for four long years before tying the knot to live happily ever after. Ever since Daria met the tennis player, her popularity increased in Russia and the world. Like several other tennis couples, Daniil and Daria also live in Monte Carlo, Monaco. People like to think that the Russian model benefitted from dating Daniil, which is true. However, Daniil also stated that dating Daria gave him confidence in his career. His tennis performance began to improve after he proposed to his girlfriend. The tennis power couple got married in 2018, and Daniil has excelled in his career ever since then.

Tennis Is An Important Sport For Daria

Daria grew up in Moscow, Russia, just like her husband. She has kept the information about her parents and siblings private because she does not like to showcase her relations to millions of people. Daria is a model right now, and everyone knows that. What people do not know is that Daria was a former tennis player like her husband. Daria met Daniil while playing tennis, and they both have stayed together ever since then. Tennis was a central focus in her teenage years, and she was an aggressive player. At one point, Daria was among the top 100 junior tennis players. Unfortunately, a string of injuries left Daria ineligible to play tennis professionally. She left the sports industry and pursued a career in journalism, finally landing in the fashion industry. She went to Moscow State Institute of International Relations and Lomonosov Moscow State University to study journalism and build a successful career.

Daria Is His Pillar Of Support

Daria is supportive of his career and has stood by him through thick and thin. Her interest in tennis has led her to attend several matches with her husband. She watched when Dariil defeated Novak Djokovic during the 2019 Western & Southern Open in Ohio. Daria stayed by him when Dariil defeated Alexander Zverev of Germany at the Bercy Arena and won his first Paris Masters in 2020. Daria also angrily stared down at her husband when he smashed a racket upon losing to Novak Djokovic in the final round of the 2021 Australian Open. Her constant presence by her husband tells us that Dariil needs Daria to stay grounded and succeed.

Daria And Daniil Want To Have A Family

According to Daniil, Daria takes care of the household and small things while works on his tennis career. Daria showed him the beauty of life according to his confessions. Daria and Daniil do not have any children, but they dream of having a little family one day. Daria is close to his parents, who are also his biggest supporters.

Daria and Daniil have compatible personalities, due to which they get along well. Tennis has brought them together and helped them bond. Daria is among the spouses who are genuinely interested in their partner’s work. Had it not been for her injuries, Daria would have become a tennis star by now. Daria and Daniil have the same aggressive playing style. They are introverted by nature and only like to spend time with loved ones.

Daria is the ideal partner for Daniil because she supports him at every step. Daria knows what she wants out of life and goes after her goals aggressively. She does not like to interact with strangers, so she does have any social media accounts. Despite being in the fashion industry, Daria does not need to promote her work on social media. Rest assured, Daria and Daniil will stay together and perhaps have a little family. 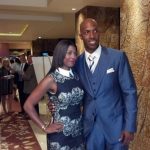 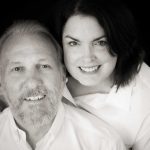