Julian Edelman is among the best-looking NFL players in the industry. Thanks to his good looks, he has dated several pretty women. He still has women wanting to be his girlfriends. However, his heart has settled on one Brazilian model. Her name is Daiane Sodré. She is the woman that stole the heart of Julian Edelman. She has a massive follower count on social media, but several NFL fans remain unaware of her. This article will tell you all about Daiane Sodré.

She Is A Fierce-Looking Model

Daiane Sodré has the features of a hottie. Her sharp eyebrows and radiant smile have pivoted her success in the fashion industry. She also maintains a slim figure that goes well with her tall stature. She has an athletic yet feminine body shape. Daiane is the owner of a beautiful pair of eyes. The green shade of her eyes makes her stand out in all the pictures. She does not need makeup to make her eyes pop. Daiane has thick, dark brown hair that reaches her shoulders. She likes to keep it at a medium length to maintain it. She keeps it straight and uncolored on most days. Her open hairstyle makes her look dazzling in every picture.

Daiane Sodré Is A Busy Woman

Daiane is a busy woman because she has several modeling gigs. She always works with a packed schedule. Her timetable hardly leaves any time for recreation. However, she finds the time to spend with her boyfriend – Julian Edelman. She posts her work pictures on her Instagram account. However, she does not interact with her fans. She does not have the time to talk to strangers on the internet.

Daiane Comes From A Humble Background

Daiane has 12 brothers and sisters, and she is the youngest sister. She knew she had the talent and physical features required to enter the modeling industry. The occupation of her parents remains unknown. Daiane has posted one picture with her father on her Instagram account. However, she does not talk about her family life with the media. She is a professional person who limits her online presence to her work. She spends a lot of time with her parents and siblings but does not reveal it.

Daiane Has Worked With Famous Brands

Daiane is no ordinary woman in the modeling industry. She has all the skills required to rule the runway. She has worked with big brands like Ralph Lauren and Victoria’s Secret. She has also appeared on the cover of Vogue Mexico, Maxim Mexico, and Us Cosmopolitan. Other magazines that had her picture are Marie Claire Brazil, Elle South Africa, Glamour South Africa, Nylon Magazine, and Wonderland Magazine.

She has also starred in fashion shows for Giorgio Armani, Ports 1961, Jeremy Scott, Oscar de la Renta, and other famous names. Her success in the modeling world is due to her hard work and positive mental attitude. She works non-stop to succeed in her career and get close to her goals. Hopefully, she will achieve more success.

She Also Works With Charities

Daiane is a person aware of the problems in the modern world. She is the ambassador and spokesperson for Larger Than Life USA – a non-profit organization. She has also donated handsome amounts to other charities. She is also the ambassador of Love Together Brazil, an organization that aims to bring clean water to the northeast region of Brazil.

Her work with charities shows that she has a kind heart and a giving personality. She loves to look after the people in her family and friends. She has ensured to do her part in society by giving donations. Daiane is an inspirational person for the young generation. She is successful, kind, and wealthy. People should aim to become like her when they grow up.

It remains unclear when Daiane met the NFL star. However, people suggest that they are in a stable relationship. They are both good-looking, career-oriented people. They have similar personalities, so they get along well. Daiane and her boyfriend have not given an official statement on their relationship status. Hopefully, they will talk about their love affair soon. 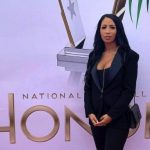 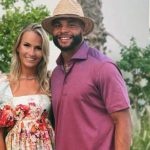