George Weah had a long and successful football career. He made a name for himself in the football community before entering politics. His hard work has paid off. George has a spouse that is equally successful as him. The name of his wife is Clar Marie Weah. She is the first lady of the Republic of Liberia, and she works hard for her country. The story of her life is inspirational. This article will tell you all about it.

She Is A Native Of Jamaica

Clar Marie Weah is a famous person in Jamaica and Liberia today. The birthplace is Kingston, Jamaica. She was born there, but her parents migrated to the United States of America. As a result, she spent a significant amount of time in New York City. Clar Marie was a diligent student, both at school and home. She ensured to always finish her work on time. The best part about her personality was her self-discipline. She studied nursing in the United States of America. However, Clar Marie did not get a job in nursing immediately. She is a famous alumnus of the City University of New York. Clar Marie has a bachelor’s degree in health sciences.

After finishing her education and getting a license, Clar worked as a customer service representative. She found an opportunity to extend her network during her career as a customer service representative. Clar has worked at Citibank and Chase Manhattan Bank in New York. She also managed a small business during her time at the bank. She worked at Jamaica Hospital in New York City after getting a license to practice as a nurse.

She Met George Early In Her Career

Clar worked as a customer service representative at the Chase Manhattan Bank when she met George Weah. The pair got to know each other and fell in love almost instantly. Their relationship developed slowly because Clar and George were busy individuals. They supported each other to achieve their goals and aspirations in life.

Before they knew it, Clar and George had become lovers and best friends. They shared a common goal of helping people. After enjoying successful careers, Clar and George entered politics. The pair married on June 6, 1993, and have been together. They have had some ups and downs in their life, but nothing enough to break their marriage. They are the parents of three beautiful children – Martha, George Jr, and Timothy. The sons have followed in their father’s footsteps to become international football players.

In 2018, George Weah won the election to become the 25th president of Liberia. Clar Weah found herself as the First Lady of her country. She does everything possible to serve her citizens and nation. She is active in the community and engages in several social welfare activities.

Clar Weah has developed several programs to serve the people of her country. Her social projects target the benefit of orphans, street children, women. She focuses more on rural areas than urban ones. It is because rural areas often lack essential facilities. She has worked hard to bring peace and prosperity to her nation.

She Has A Hardworking Entrepreneurial Personality

Clar Weah is the First Lady of the Republic of Liberia, and it says a lot about her personality. She understands the ins and outs of politics and business. Clar has incredible social awareness and uses it to benefit her people. She knows how to rise to fame and power from nothing. She is also an extremely hardworking person. For Clar, the most crucial things in life are self-discipline and consistency. She is a go-getter and does not stop working until she achieves her dreams. She is also a kind-hearted individual who empathizes with her people. Her kindness and fierce attitude are some traits that George likes about her.

George and Clar have luckily found each other. They have helped each other reach greatness in life. Without the support of their relationship, they would not have achieved their goals. Hopefully, they will continue their journey to greatness together. People should become inspired by this lovely couple. 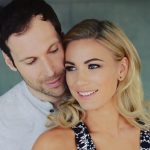 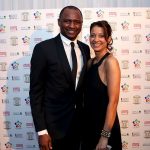