Charles LeClerc has come leaps and bounds in his short racing career. The man is a real contender for the F1 title, and if given a good car, we’re certain that he’ll do well. However, in this post, we’re going to be looking at another Monégasque national named Charlotte Sine. She is the girlfriend of the Ferrari driver. Get to know the woman who is in the driver’s seat in Charles Leclerc’s life.

Biography of a Monégasque architect.

We should have written future architect, but that’s ok because we’re confident that Charlotte Sine will complete the task of obtaining her degree. This architecture student was born on September 19, 1999, in Monaco. Her father is Emmanuel Siné, the GM of the Société des Bains de Mer. It is an entertainment company based out of Monaco. Charlotte has a sister named Victoria, but details about her mother are unknown. Charlotte completed her schooling in Monaco before pursuing her architecture degree.

Charlotte Sine and Charles Leclerc – How and when did they meet?

Charles, who was completely focused on his racing, had a difficult time getting along with his previous girlfriend, Giada Gianni. The woman wanted more of him for herself, but that wasn’t going to happen with Charles. So they broke it off. However, Mr Leclerc isn’t the kind of guy who’d wait for years before giving love another chance. He took the easier option and looked closer to home for his next love. Charlotte, who happened to be Giada’s friend, caught his eye. This pair didn’t think twice about what Giada would think or the world for that matter. They liked each other and decided that they would start dating. This was in late 2019. The couple made it official in December that year.

Is Charlotte Sine married to Charles Leclerc? Do they have any kids together?

A year and a half have elapsed since Charles and Charlotte Sine began dating. They’ve overcome all the difficulties that new couples face, especially after Leclerc’s tumultuous relationship with his ex-girlfriend. Kudos to them for surviving the initial months. This couple deserves to go the distance. However, if Charles is as motivated as he was two years ago, we think Charlotte will have to wait until her man wins the Championship before he even thinks about marriage. Plus, the fact that she still has to complete her education and focus on her career gives her the perfect excuse to say no to her man if he decided to surprise her. Charlotte and Charles do not have any kids together.

Who is Charlotte Sine as a person?

Charlotte Sine was born into a wealthy family, but this woman knows how and when to seize an opportunity. She isn’t afraid to take her chances and doesn’t care about what the rest of us think. Charlotte Sine is a very hardworking individual too. She takes her education seriously but finds time to do all the fun things in life. Charlotte loves to holiday, and thanks to her living in Monaco, Italy and France are a stone’s throw away. She regularly frequents these places, and we heard that she likes to party in Spain and chill out in Greece, too.

Some unknown facts about Charlotte Sine

Despite studying architecture, Charlotte Sine has a deep interest in the world of fashion. She designs and sells jewellery along with her sister. Charlotte Sine is also a sneaker freak who does custom work on shoes. She uses Instagram to showcase her creations and to sell them too. Charlotte Sine also loves playing the piano and is often joined by Charles. We think this young woman has all it takes to succeed in life. What about you? 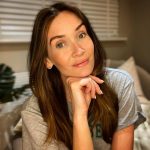 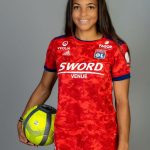