Do you know who Ashley Bachelor is? If you didn’t, you’ve come to the right place to learn about this beautiful lady. An NBA WAG, Ashley is the wife of Los Angeles Clippers point guard Rajon Rondo.

Ashley Bachelor was born in Detroit, Michigan, in 1986. She is Black American and attended the University of Kentucky before becoming a hairstylist. Ashley has kept details about her parents and siblings a mystery all these years.

How and when did Ashley and Rajon Rondo meet?

The first time that this couple met each other was at the University of Kentucky. Rajon attended the university between 2004 and 2006, but did you know that Ashley didn’t begin dating the Clippers star until 2005? In fact, this lady was going out with one of Rajon’s teammates named Patrick Sparks. Her relationship with Patrick didn’t work out. However, with an affinity for basketball players, she quickly turned her attention towards Rajon. This move put a strain on the players, but Ashley Bachelor was determined to have what she wanted. This lady persevered, and the rest just fell into place.

Is Ashley Bachelor married to Rajon Rondo? How many kids do they have?

Three years into her relationship with the basketball star, Ashley gave birth to their first child, a daughter named Ryelle. Two years after that, in 2010, Rajon asked her the most important question of her life. The lady said yes, and the couple got engaged. Details about the engagement and her subsequent marriage have been kept a secret. The basketball player has since confirmed that she is, in fact, his wife. Ashley and her husband also have two other boys named Rajon Rondo Jr. and Pierre.

Ashley Bachelor is a fighter!

In the literal sense. This woman isn’t afraid to throw a punch or two when it comes down to it. Ashley has a temper, and you don’t want to get on the wrong side of this woman. A seemingly calm woman, Ashley Bachelor, was caught on video assaulting a woman in a parking lot after the lady in question confronted her and Rajon. Dispute over parking space is what triggered Ashley into doing what she did. Nonetheless, it is never pleasant when women start throwing punches at other women.

Who is Ashley Bachelor as a person?

A loyal girl, this mother of three, doesn’t like infidelity. She is a one-man lady and is someone who is willing to go the distance. Ashley is known to be an opportunist too. As a participant in a highly competitive world, it is reasonable that she did what she thought was best for her. Ashley likes to take her chances, and as a hard worker, this lady juggles time between her family and her job perfectly. This lady enjoys her profession as much as she loves her family, and she uses it to let out some steam.

This woman, believe it or not, is a compassionate human being. She doesn’t show it often, though. Ashley likes to express new ideas in the handling of both her problems and responsibilities. However, as someone with anger issues, she needs to learn to manage it a lot better. She’s also straight to the point at most times and needs to learn to be a bit more diplomatic when handling things. Don’t get us wrong. Ashley is a great girl but would do a lot better if she understands the thoughts and feelings of others and puts herself in their shoes. 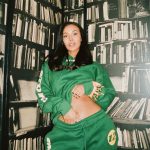 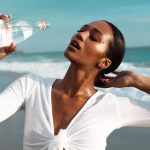