Here’s the story of two professional athletes deciding to be together forever. French/American basketball player Tony Parker decided to get back to his roots to find the love of his life, Alizé Lim. In this post, we’re going into aspects of this young woman’s life. You should read on to find out some interesting and unknown details about her.

Biography of a French Tennis Pro

Alizé was born on July 13, 1990, to a Vietnamese father and a French mother in Paris, France. Her dad Quang moved to France for work whilst her mum was born there. Details about her siblings are unknown because she has decided to keep them private.

As an enthusiastic kid, Alizé always lived an athletic life. She chose tennis as her sport and began practising day in and day out.

This young lady always knew that she was going pro. Her hard work eventually paid off when Alizé made her debut as a professional in 2007. A right-handed player with a two-handed backhand game, this young woman knew she had to struggle to achieve her goals. Alizé committed to that life and didn’t look back.

Although this French tennis player made her pro debut in 2007, she found it extremely hard to break into the scene. The competition was tough, and as someone who primarily trained in Europe, the young lady didn’t always have access to all the latest techniques. She made her Grand Slam debut seven years later when she received a wildcard to play at the French Open in 2014. Alizé Lim lost in the first round to Serena Williams. She came back to the tournament for the next three years but exited in Round 1 in all of them.

Alizé Lim’s achievements on the court

The French Open has been the one and only Grand Slam tournament she has participated in her entire life. Alizé’s career record is 304-279 and gives her a win percentage of 52.1%. This French lady reached a career-best ranking of 135 as a singles player on 26 May 2014 and has three titles to her name. Her best-ever ranking as a doubles player was No. 148. She reached it on 7 November 2016. Alizé also has six titles as a doubles player. This young woman has also amassed $491,561 in prize money to date.

Alizé and Tony got together after the former basketball player divorced his French wife in August 2020. Tony, who had been spending a lot of time in France, met Alizé, and they began dating in late 2020. It was Tony who confirmed the relationship first when he posted a message on Instagram in March 2021. Alizé came out and acknowledged the relationship in April. The woman has been cautious with the man, thanks to his wayward past. However, this couple is fully committed to making this relationship work.

Is Alizé Lim married to Tony Parker? What about kids?

Alizé, who is still focused on her professional career, isn’t thinking about marriage. She has just begun dating the former basketball player. It remains to be seen if things will get serious between these two. They don’t have any kids together either.

What can we infer from Alizé Lim’s personality?

A hard worker who loves her profession, this young lady isn’t afraid to show the world the effort she puts in to be successful in her job. Alizé might not have made a lot of money as a professional tennis player, but that doesn’t bother her. The most important thing for Alizé is to enjoy the grind. This woman will keep doing whatever she’s good at as long as she wants to. 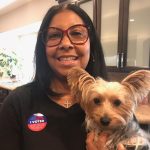 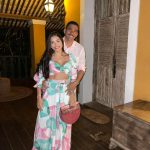