Get ready to meet the model-turned-entrepreneur ex-GF of Samuel Umtiti! Samuel Umtiti is a famous name in the football world, thanks to his unique approach to football. He started his football career from humble beginnings and focused on the game for the most part. In 2017, Umtiti began appearing in the news because people spotted him with a beautiful lady. Her name was Alexandra Dulauroy, and she dated the footballer for a few months before splitting. The football community may have forgotten about her, but this amazing woman deserves a spot in the limelight.

She Used To Work As A Model

She was born in Lyon, France, but hails from a Colombian family. The details of her family and childhood are unknown, and she does not intend to reveal them. According to some sources, Alexandra’s good looks helped her bag several modeling jobs in the past. She has competed in multiple bikini competitions and continues to work out to keep her toned body. She worked at Capi Ombre in Rhone-Alpes, France, as an administration manager.

Her Relationship With Umtiti Was Always Under The Wraps

Between 2016 and late 2017, Umtiti appeared with Alexandra, sparking rumors of a relationship. The two split up early in 2018, and Alexandra was never seen by the paparazzi again. Once broken up, there was no association or drama between the footballer and Alexandra as both parted their ways. This breakup caused her to get out of the limelight, but she carried on with her life. It was never clear how serious they were about the relationship, but Alexandra found her happy place within the same year as her breakup.

She Moved On In No Time

By November 2018, the beautiful brunette had fallen in love with a new man. They stayed away from the cameras, and he never revealed his real name to the public, but their relationship progressed like a whirlwind. It is unclear how she and her current partner met, but their romance was fast. By the end of 2018, Alexandra had already formed a relationship with a new man. Today, she has two children with her current partner. They also work together in the same field and raise their children together.

Alexandra has two children with her new partner and shares a few lovely moments of them on social media. Despite having opted out of the modeling industry, she keeps her figure looking at its best. Even after two children, Alexandra appears young for her age. She was 30 years old in 2018, so today, she must be in her early thirties.

She Found Her Dream Career As A Businesswoman

Alexandra used to work as a model, but now she seems to work in a different profession altogether. She and her current partner appear to work in the real estate industry in Rhone-Alpes, renovating and renting houses. Her new career may not provide her with the same luxury as a WAG, but Alexandra certainly lives a lavish lifestyle. She has traveled a lot and lives a happy life with her beau.

She Is An Ambivert

Her new life with her partner suggests that she is a family-oriented person. Alexandra has a straightforward personality, which means that she thinks logically and knows what she wants. The fame accompanying her ex-boyfriend was likely not her cup of tea as she does not like to interact with many people.

Her Instagram does give a glimpse into her life but never publicly disclosed her struggles in life, unlike several other famous people. She also does not make posts often, which means that social media is a small part of her life. However, in recent days, Alexandra has become more active on Instagram. She is also a humble person who does not like to boast about her achievements or status.

Alexandra likes fashion but does not have the time to indulge in it. She is a businesswoman and a mother of two, which keeps her occupied all the time. This busy bee has no time to pose in front of a camera, but a few pretty shots are enough to satisfy her fans. Alexandra is a true example of someone who goes after her goals. 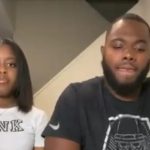