Amy Farrah Fowler is an awkward woman on the telly. However, in real life, Mayim Bialik has been a daring soul who was on an exciting personal journey. She fell for a man named Michael Stone, married him, and then divorced him. There was a lot going on in this relationship. Let us unpack it for you.


Who is Michael Stone?

This man is not a celebrity. Let’s clear that at the very beginning. He was just an ordinary man who had goals in life before he met his fate. Michael came from a Mormon family and was eager to please Mayim from the get-go. As far as the world is concerned, his life begins and ends with the BBT actress. But was he not more than that? As it turns out, he wasn’t.

Mayim Bialik was very clear about what she wanted with her relationship. The same could not be said about Michael. He had met this Jewish lady in LA and seemed to like her. She was very upfront about her situation and let him know that she wasn’t going to marry anyone who wasn’t Jewish. For her, marriage was always on the cards. This played into Mike’s mind, which is why he decided to convert to Judaism five years after he met his woman.

Our actress married Michael in a Victorian-style ceremony on the 31st of August 2003. Mike was already Jewish by then, and their families approved and even welcomed their relationship. Mr Stone and his wife were still in college, but they did graduate after their marriage. The couple welcomed their first child, a boy named Miles, in 2005. Their second-born, also a boy, came into this world in 2008. Whilst things appeared to be going smoothly for the couple on the outside, the skeletons were slowly but surely getting out of the closet.

A bitter end for Mr Stone

Michael did everything he was asked of. The man lost his identity, and as a result, whatever little chemistry he had with Mayim was gone. He was never truly in his element when he was with her. The man’s attitude didn’t help him one bit. After nine years of being married, they had grown apart, and by now, there was nothing that could have saved their relationship. When the couple realised that they couldn’t do anything about their situation, they filed for divorce in November 2012. It was confirmed six months later.

Although he might have failed miserably, Michael does teach every man out there about all the things they shouldn’t do. Being a yes-man with no aspirations has to be first on that list. We reckon Mike could do this a lot better. He should probably write a book about all the things men shouldn’t do in a marriage. There’s more than one person who needs it. 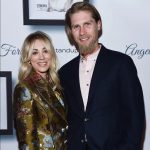 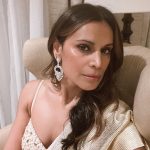