Érica Rivas was the high profile Argentine actress who was in a relationship with Rodrigo de la Serna, the actor who played the role of Martín Berrote in Money Heist. However, this article isn’t about either of those two. We got interested in another woman named Ludmila Romero, the lady Rodrigo was in a relationship with between 2016 and 2021. Keep reading to find out more about this woman.

Journo meets the actor, and they match up!

When journos chase up actors, there usually isn’t a positive ending to that story. However, when you’re a man who is on the lookout and is being chased by a woman as beautiful as Ludmila, you do everything in your power to let her get close to you. Rodrigo did exactly that and was rewarded with a beautiful girlfriend.

Ludmila got the opportunity of her life when she was asked to interview Rodrigo for Channel 3 in Rosario. She was just 21 then. Do we even have to say that she was smitten by the actor and was ready to do whatever it took to be with Rodrigo? Plus when a woman who is as pretty as Ludmila falls for you, it leaves you with no choice. Rodrigo’s courtship of Ludmila had to be the easiest one of his life.

Ludmila and Rodrigo’s passions knew no bounds. They were equally excited about being together and spent a lot of time romancing. However, these two didn’t think about getting hitched or working on the finer aspects of their relationship. We know that the actor, being a man, has certain needs. However, Ludmila let things slide because she was too caught up in how passionate everything was.

This should have been a perfect match

As a low-profile journalist, Ludmila seemed like the ideal companion for Rodrigo. However, this wasn’t the case. We’re not sure what went wrong, but their relationship, which began in 2016, lasted for just five years. In December 2021, the pair announced that they had separated. This came as a shock for everyone involved and even their friends too. Sometimes people just don’t know why things turn out the way they do. Ludmila Romero’s relationship with Rodrigo is one such example.

Ludmila has moved on!

The Argentine journalist has not dwelled on the past. She decided that it would be best if she moved on to do her own thing, which is why she’s back at work and is fully focused on her career now. We heard that she has even found a new interest in blogging about food. We wish this woman all the best in her future endeavours. 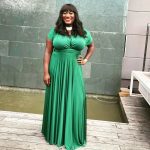 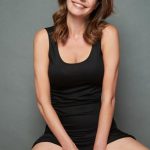