A prolific actor who started his career during his childhood, Kieran Culkin is known for acting in the movies like Home Alone, Father of the Bride, The Mighty, and others. Working in the HBO series Succession, he gained great fame and won the Critics’ Choice Television Award in 2022. He was also nominated for Primetime Emmy Award twice in 2020 and 2022, and Golden Globe Awards in 2019, 2020, and 2022.

The amazing actor is known not only for his skills but also for his love life. Married to beautiful Jazz Charton, the two share a beautiful bond and love story. The couple is often seen together with their kids. But not much is known about Jazz. So, let us find out about the lady love of Kieran here.

Jazz was born and bought up in London with her sister. The details regarding her sister and father are unknown to the public. Both the sisters were bought up by a single mother, Corinne Charton, one of the most prominent figures in the British fine arts industry. As far as her education is concerned, she studied Sound Design.

Her Love For Sound Sparked During Her Childhood

Jazz is a foley artist who works to recreate realistic sounds in movies and series. As far as her career is concerned, she has shared a love for sounds since childhood. From a very young age, she loved special effects as an art form and used to watch movies with her father daily. Her fascination with sound effects inspired her to pursue a career as a Foley artist.

Jazz And Kieran Met At A Bar

Jazz and Kieran are an amazing couple. They both met at a bar in New York City in 2012. Recalling their meeting, Kieran approached Jazz, and the two started to connect. This was the time when Jazz was with some other guy. Kieran asked if he was his boyfriend, to which Jazz denied it. The next thing Kieran asked was if he could be Jazz’s boyfriend, and since then, the two have been together.

Jazz Stays Away From Rumors

Jazz came to the limelight after she started dating Kieran. She is one of the most beautiful, intelligent WAGs, but apart from this, she has stayed away from rumors. She prefers to keep her life personal and avoid sharing it with others.

Jazz And Kieran Married On A Road Trip

Unlike most celebrities, the wedding of Jazz and Kieran got married while on a road trip to Iowa during a stormy day. The wedding took place on June 22, 2013, when the couple planned a 6-week trip which eventually turned out to be a 3 ½ month-long trip. Jazz recalls the day as “the best pit stop I’ve ever made.”

Jazz And Kieran Have Two Kids

Jazz and Kieran have a beautiful family of 4. Kinsey Sioux, a daughter, was born on September 13, 2019, and Wilder Wolf, a son, was born on August 17, 2021. She is a loving mother who loves to share the times she spends with her kids on her Instagram account. n the early months of 2022, Charton had a tattoo made of a drawing made by her “little woman,” Kinsey, also known as Zissou.

Jazz Supports Kieran In His Career

Jazz is truly an empowering lady. She highly supports Kieran’s career and often compliments him for his work. She supports and never forgets to share the achievements made by Kieran on her Instagram account.

Jazz Is Active On Social Media

Jazz is highly active on social media and constantly shares her time with her family on the account. She has a whopping 16k followers.

Jazz and Kieran are an amazing couple who are seen supporting each other always. The two have never been involved in rumors and are a power couple. We hope to see more of this family together. 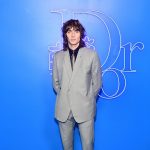 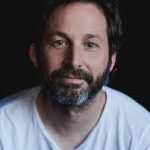