Gizem Erdogan is a well-known figure in the Swedish entertainment industry. She is an actor, model, and pioneer in fashion. “Love & Anarchy” is the most famous television series that has contributed to her increased notoriety worldwide. Since 2021, she has been portraying Denise Konar in this television series, which she joined in 2021. The audience is drawn in not just by her acting but also by her modeling skills.

Gizem took part in the performance at the Kulturhuset Stadsteatern at the Stockholm theater while studying acting at the Malmo theatre school. This stunning actress continued to appear in various TV episodes and short films throughout her career. In 2016, she participated in the television movie “Makas,” contributing to her rise to greater fame.

She has been a show-stopper for several fashion designers, presenting them to their respective audiences. This lovely woman is well-known and has achieved a great deal of success, both of which are necessary for this day and age for an actress with her skill level to be considered successful.

Gizem has also been nominated for accolades and won honors for her work in many television series. This popular actress revealed that she is in relation with Goran Kling. Less known about her partner, let’s find more details about him.

Goran And Gizem May Be Married

According to many online sources, Goran and Gizem are romantically involved, although their careers are not connected. Gizem had Goran’s last name, which is why it is thought that they are married, although there is no information confirming their marriage or engagement.

It is also said that Gizem disclosed the info in one of her interviews, speaking that the couple has been dating for some time and is planning to marry. It is also clear from the fact that they follow one another on Instagram that they are dedicated to one another.

Goran is an artist and jeweler who works out of Stockholm. He designs one-of-a-kind items for retail outlets all around the globe. Goran developed his interest into a career that garnered recognition from major companies and artists worldwide, including Adidas and ASAP Rocky.

Goran Was Obsessed With Jewelry And Arts

This dynamic guy began his career as a conventional goldsmith and received training in the field. Still, after completing his studies and working, he discovered that the job required considerably less creativity than he had anticipated. Therefore, he gave up his work and submitted his application to an art school.

Goran had always been interested in sketching and aspired to become a graphic designer. Still, due to his color blindness and lack of computer expertise, he began to produce jewelry once again, although in a manner that was distinct from his earlier work.

Goran Is An Engaged User Of Social Media

Goran’s Instagram feed is packed with pictures of his jewelry creations, many of which are stunning pieces of art in their own right. There is just one picture of Goran on his profile, and it’s of him with his furry companion.

This incredible jewelry designer has a tremendous fan following, as seen by his 13.5k followers, who are keen to learn about his creations and the events in his life.

Additionally, he has a webpage online where additional information about his design works may be found.

Goran Is A Hard-Working Individual

This attractive man with a beard had worked hard to succeed in his chosen field. On the other hand, Gizem was able to accomplish her goals thanks to her abilities and talents.

Although they have never been seen together, these two form a great match. Because Goran and Gizem did not want to advertise their connection to the media or the general public, they chose to keep their relationship a secret.

Since they are both in a relationship, they may be dedicated to one another. Let’s keep our fingers crossed that they have a happy and fruitful life together. 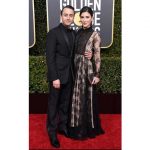