In this sequence, we’ve decided to explore the better halves of some cast members of The Walking Dead TV series. You should check out the others we’ve got on this list too. But before you go anywhere, why not take a look at Christian Carino’s bio and life? This post is all about him. The man used to date Lauren Cohan, who played Maggie Rhee in the famous TV series.

Christian Carino was born in Westlake, California, USA, in 1969. Whilst this gentleman has kept details about his family private, we do know that he was actively interested in being involved with Hollywood and the music industry in one way or another from a young age. Although he had the looks to be a performer in front of the camera, Christian chose the quieter option and decided to become a talent agent instead. Mr Carino is known to be a high-profile celebrity agent.

Who has Christian Carino represented?

Over a long and illustrious career as a talent agent, this Californian native has represented actors including Johnny Depp, Reese Witherspoon, and Amber Heard. He has also been responsible for musicians like Miley Cyrus, Harry Styles, Justin Bieber, Christina Aguilera, Britney Spears, Bruno Mars, and Jennifer Lopez. We’ve even learnt that Christian worked with Simon Cowell too. It is safe to say that this man has played a major part in the successes of all these artists.

Christian is a man who has never shied away from the limelight. Although he’s not a star, he has dated several of them in the past. Lauren was one such fling that he had. Christian met the actress when she was already famous. The British-American actress was reportedly a client of Christian, and that’s how they met too. This was back in 2016. The two were spotted at a Tommy Hilfiger event. However, it didn’t last long. Christian and Lauren’s split happened mutually, and no one talked about it ever again.


Christian Carino was a monogamous man!

Would you believe us if we told you that this talent agent was once into monogamy? Before he went on a dating spree, Christian Carino was in a long-term relationship with Brooke Baldwin. He was married to her between 1997 and 2015. The agent even has two lovely daughters named Isabella and Lola with Brooke. Since the marriage broke, Christian has been on a wild goose chase looking for the one.

Who else has Christian Carino dated?

Christian Carino recently came into the spotlight when he testified at the Johnny Depp trial. He had a close relationship with both Depp and Heard. However, if you had followed showbiz closely, you would’ve known that Christian Carino was involved with Lady Gaga in 2017. The couple made all the headlines back then, and they were even engaged to be married. But they called it off in 2019. Some say that he was seeing Amber whilst he was still married to Lauren. We don’t know if there’s any truth to it, though. 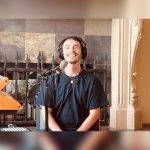