Little did a man who originally pursued communications engineering think that he was going to find international recognition years after he swapped majors and began his career as an actor. The Professor found superstardom with La Casa de Papel, aka Money Heist. However, this post is about the beautiful woman he goes back home to every day – Blanca Clemente. She has been the one constant in his life, and it is high time we got to know this woman.

Who is Blanca Clemente?

Blanca is the wife of the now-infamous actor Álvaro Morte. Although he is someone who might be very popular, Blanca doesn’t seem to enjoy all the attention that comes with it. She seems to enjoy her private life. However, we’ve managed to dig deep and find some interesting bits about this woman. Keep reading to find out more.

Have you ever taken a look at some of the photos of Alvaro Morte when he’s off work? The actor looks well-presented, doesn’t he? Do you know why that is? Well, he’s got a secret sauce, and it happens to be none other than his wife, Blanca Clemente. This woman is a stylist, and judging by what we see, we think that she’s very good at what she does. One has to be incredibly naive to even think that Blanca Clemente doesn’t have a say in what The Professor wears or how he looks in general.

Blanca preferred to get married.

This woman has been in this relationship for a while, and she knew that her husband was invested in her as much as she was. However, Blanca preferred to get married than just stay as partners. She kind of believes that it is important for a couple to get married because it gives a relationship much-needed stability. It also allows Blanca to exercise her rights fully and to be comfortable within her own rights.

Although it is a tad disappointing, we do know what this woman wants in life. And that is to be left in peace. She also believes in not over-sharing details about her lovely life. Most things are better left unsaid, and Blanca Clemente understands it completely. If there’s something to take away from this woman, it is that one shouldn’t air their dirty laundry in public. Sometimes, it helps if one doesn’t air any laundry in public at all. Just ask Blanca.

This lady, who has had a successful marriage so far, has a few tips for a successful marriage. In her case, she knew that it is vital for the woman to acknowledge the role of the man in the relationship. She just didn’t get on Álvaro’s toes which meant that she earned the respect of her husband. This is something everyone can apply in their relationships too. 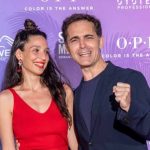 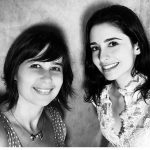