Peter Crouch has often admitted that he believes he would still be a virgin had he not made it as a footballer. He is married to Abbey Clancy but in 2010 he was seen at a party in Madrid and rumours have it he got it on with an 18 year old prostitute. O, Crouchy, what were you thinking. 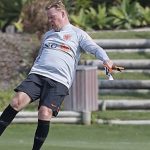 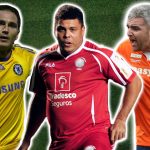