This right-handed player, who was born on April 12, 1996, in Rome, Italy, uses a two-handed backhand. As someone who prefers playing on hard surfaces, this young man began his tennis journey when he was four years old. Vincenzo Santopadre, Marco Gulisano, and Umberto Rianna coach the 6’5″ Italian, who made his ATP main draw debut at the Italian Open in 2017. This young man won his very first ATP title in 2018 after he beat Roberto Bautista Agut in the finals of the Swiss Open Gstaad. The man from Rome was just getting started. Although 2018 didn’t give him what he wanted, with regard to his career, the next year was going to be out of the ordinary for him. He beat a top ten player on tour and reached the semifinals of the US Open in 2019. He continued impressing his peers and fans alike, but thanks to the pandemic had a slow down in his career. The Italian has grown from strength to strength and is inching slowly but steadily towards a Grand Slam title. We’re glad to announce that we’re quite fascinated by this Italian, and we’re looking forward to seeing if he reaches his Grand Slam Goal later in 2022.

Mat’s girlfriend, Ajla, is a professional tennis player who is Croatian-Australian. She began playing tennis when she was six years old and relocated to Florida for training at the age of thirteen. Before meeting him, she was in a relationship with Australian tennis star Nick Kyrgios. She has been dating our Italian tennis player since August of 2019. Whilst some reports suggest that they met in Vienna, Austria. It is not entirely true. But there’s more to this relationship than meets the eye.

Who is Matteo Berrettini currently dating?

We have heard some people say that this couple has split as of March 2022. They’ve deleted pictures of each other on their Insta, and that could mean that there’s trouble in paradise. They could be taking some time off from each other too, but we can’t be entirely sure.

Mat has a younger brother, Jacopo, who is also a tennis player, and was born in Rome to Luca Berrettini and Claudia Bigo. Our player’s maternal grandmother Lucia Fogaça, a Brazilian born in Rio de Janeiro, is of Brazilian ancestry. Florence is the hometown of his paternal grandfather. He was inspired to pursue a tennis career when his younger brother asked him to play more tennis at the age of eight.

This young man has already made over $9.2 million in prize money from playing tennis. He also works with numerous brands and earns good money from his sponsors. His estimated net worth is about $8 million, at least.

How much does Matteo Berrettini earn per year?

Colavita, Head, Lotto, Capri Watch, and Peugeot are some of the brands he works with. It has been reported that he pockets at least $500,000 from them. He’s set to make a lot more money if he keeps this up. 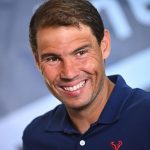 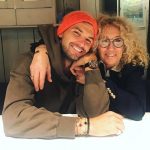