Standing at 5 ft 8 in, this Greek professional tennis player was born on the 25th of July 1995, in Athens, Greece. She took up tennis after her parents introduced her to the sport when she was just six years old. Although she was good at what she did, she knew that she had to up her game when she failed in WTA qualifiers for two consecutive years. This was way back in 2012 and 2013. That’s when she decided to move to Barcelona to see if tennis was for her. Once and for all.

The move turned out to be a positive one, and in 2014, this Greek lady won four singles titles and four doubles titles on the ITF Circuit. A year later, she qualified for her first WTA tournament, which also happened to be her first Grand Slam event- the US Open. It would take her three more years to reach her first WTA finals. However, her first title didn’t come until 2019. Things have been on the rise for this young woman since then. She understands that success takes time which is why she knows that it is essential to put in the work now to reap the benefits later.


Her boyfriend’s name is Konstantinos Mitsotakis. This young man is Greek political royalty. He’s the son of Greece’s prime minister Kyriakos Mitsotakis. The young man’s family has been in the game for decades now. He is kind of a big deal in Greece, to be honest. The two of them have been dating since 2020. They’ve remained mum about their initial courtship. However, Maria did reveal that she was seeing him in 2021.

Who is Maria Sakkari currently dating?

The Greek tennis player took her time to assess her relationship with Konstantinos. She knew he was the right guy for her and is seen hanging out with him even when she’s on tour. The young lady adores the lad, and he’s the one she’s currently dating.

Ms Sakkari’s parents are Konstantinos Sakkaris and Angeliki Kanellopoulou. Whilst details about her dad are sparse, her mum is a former top-50 player herself. This young woman has two siblings, a brother named Yannis and a sister called Amanda. She isn’t married and doesn’t have any kids as of now.

Coached by Tom Hill, this young woman’s singles win percentage is a decent 60.6%. She definitely wants to improve on that number. Although she has just one career title, she has already won nearly $7 million in prize money. We estimate her net worth to be about $10 million, at least.

How much does Maria Sakkari earn per year?

Maria’s kit is sponsored by Adidas. Wilson provides her with the racquets. This Greek woman also works with the National Bank of Greece, Rolex, Cosmote, Apivita, Nespresso, and Dior. We’ve been told that she makes close to $2 million a year from all the brands combined. 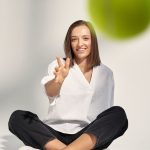 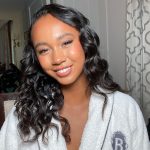