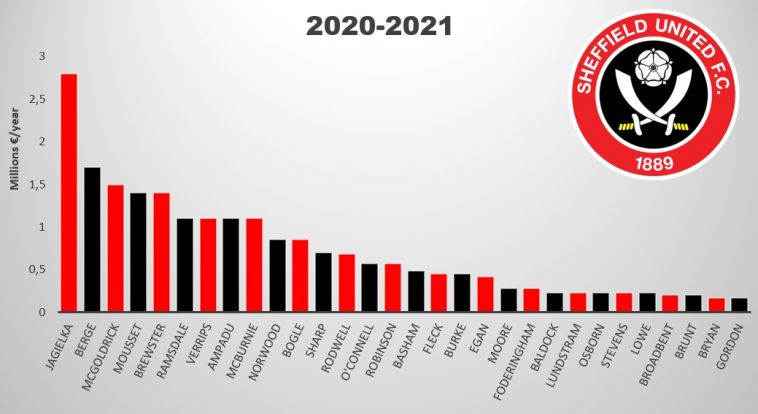 Sheffield United pays its players a whopping total of 22 million euro’s per year!

Do you want to know how much this club from Sheffield spends on it’s players per month, or even per minute or second? Check this out!

Yes you read that right, Sheffield United has to pay 0,7 euros per SECOND to its players.

Since you’ve been viewing this page, Sheffield United has spent the following on salaries…

By the way, the average salary per player is 1,6 million euro’s per player year.

Sheffield United – Salaries compared to the rest of the Premier League

The salaries are sky-high all over the Premier League. But how does Sheffield United fare against its competitors and against the rest of the league?

Which Shefffield United player earns the most in the 2020-2021 season?

Good old Phil Jagielka is earning the most money from all the players within the Sheffield United players.

He earns 2,8 million euro per year! That is almost 15 times more than Kyron Gordon, the lowest paid player in the squad. Phil accounts for roughly for 10% of the club’s total salary expenses. Do you want to know a bit more about Phil than have a look at his wiki.

Which Sheffield United player earns the least in the 2020-2021 season?

Kyron Gordon earns a very modest €170.000 euro. Per year. He is the lowest paid player at the club. 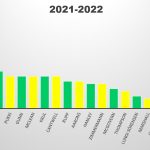 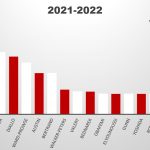