Join WTFoot and discover everything you want to know about his current girlfriend or wife, his shocking salary and the amazing tattoos that are inked on his body. Find out what house the Malian midfielder lives in or have a quick look at his cars! 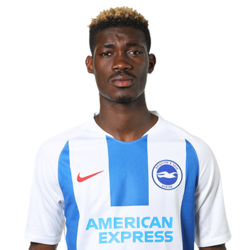 Wow! This means the average man in the UK needs to work for at least 3.6 years to earn the same as The Malian Wind earns in only 1 month.

He has only recently started playing professional football in Europe so his net worth is not that high yet. Expect that to change soon though. For now: his net worth is about 3 Million Euro (2.6 Million Pound). His market value is increasing ever so slightly by the year. More and more people are recognizing his talent and that is just great news for his market value. At the moment his value is roughly 8 Million Euro (7.1 Million Pound).

Bissouma Tattoo - Does he have one?