Join WTFoot and discover everything you want to know about his current girlfriend or wife, his shocking salary and the amazing tattoos that are inked on his body. Find out what house the Dutch/Spanish central midfielder lives in or have a quick look at his cars! 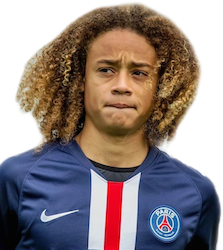 Wow! This means the average man in the UK needs to work for at least 2.5 years to earn the same as Golden Curls earns in only 1 month.

The young dutchman is not your average footballer, he is also a social media personality with over 2.5 million followers on Instagram, but here's that catch: he hasn't kicked a ball for the first-team yet. Si's four-year deal with PSG will see his net worth rise to an estimated 4 Million Euro (3.5 Million Pound). A talented player but still unproven at professional level the youngster commands a market value of 2 Million Euro (2.25 Million Pound) for his marketing pull alone.

Simons Tattoo - Does he have one?