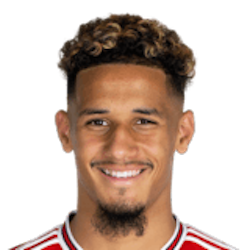 Wow! This means the average man in the UK needs to work for at least ‭1.26 years to earn the same as Mr. Clean earns in only 1 month.

Our estimates suggest that this youngsters net worth is at 275,000 Euros. His current market value is about 25 million Euros.

Saliba Tattoo - Does he have one?