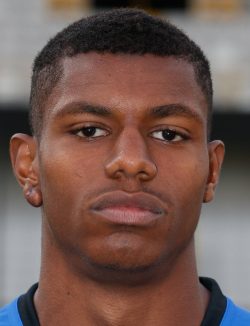 Hi there and welcome to the wiki of Wesley. We are welcoming you to have a look into his life. We are going to tell you all there is to know about this striker from Juiz de Fora, Brazil. He started his career at Itabuna in his home country of Brazil. It wasn't long before the Slovakian team Trencin picked him up. In the Slovakian league he started to develop himself, even though he was still seen as a raw diamond. He was skillful and had a nose for goals but he was also very aggressive and picked up yellow and red cards frequently. Belgian side Club Brugge bought the Brazilian after he had spend only 1 year at Trencin. In Belgium he really became one of the best young players in the league. It wasn't long before multiple big teams became interested in his services. It did take a while before he was actually transfered though. His last season in Belgium was particularly good and so it was not a big surprise that an English team became interested in him. He is a strong and tall striker that seems perfectly fit to play in the Premier League. And such happened. It was Aston Villa that bought him for a reported fee of roughly 24 Million Euro.

Wow! This means the average man in the UK needs to work for at least 7.5 years to earn the same as Big Wes earns in only 1 month.

He is going to earn the big bucks now that he is in the Premier League. We didn't have to feel sorry for him to begin with as well. He is well on his way to become ultra rich. At the moment he is worth about 5 Million Euro (4.5 Million Pound). His market value has recently been determined at 25 Million Euro (22 Million Euro). We are going to find out if he is worth the money that Villa spend on him.

Wesley Tattoo - Does he have one?