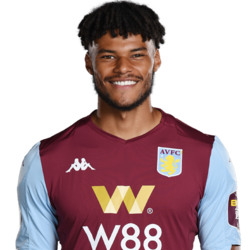 Born in Bath, England, he began his youth career at Southampton in 2001 as an 8-year old. After being released by the Saints in 2010, he moved to Bristol Rovers to complete his development. In 2013 he signed for EFL Championship club Ipswich Town, making his debut in May against Burnley. He found himself as a regular in the side after the departure of Aaron Cresswell, playing mostly as a full-back, he totalled 1 goal and 8 assists in 63 appearances for The Blues. On 26 June 2015, newly promoted Premier League club AFC Bournemouth signed the defender to a four-year deal for a fee of £8 million. His debut came on 29 August 2015 in a 1-1 raw with Leicester City but injuries caused him to miss the rest of the season. He never managed to hold down a starting place in The Cherries’ first-team and midway through the 2018/19 season, decided to go out on loan to EFL Championship outfit Aston Villa for a chance of playing regular first-team football. His career would enjoy a renaissance with the Villains, as both club and player overturned their fortunes to reach the 2018/19 EFL Championship Play-off finals, whereupon a 2-1 victory over Derby County secured their return to the Premier League. On 8 July 2019, Aston Villa signed the Englishman on a permanent basis in a deal worth £25 million.

Wow! This means the average man in the UK needs to work for at least 3.7 years to earn the same as Tyrolicious earns in only 1 month.

The English defender has been around the block with tenures at EFL Championship side Ipswich Town, Premier League club AFC Bournemouth, and most recently Aston Villa. He has a net worth of approximately €8 million (£7.3 million), and a market value in the region of €5 million (£4.5 million).

Mings Tattoo - Does he have one?