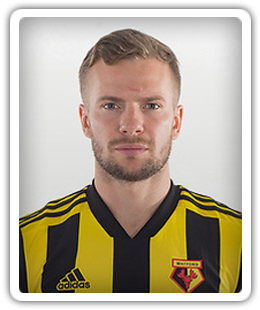 Wow! This means the average man in the UK needs to work for at least 7.2 years to earn the same as Tom earns in only 1 month.

The Englishman came through the youth academy at Manchester United before representing the first-team between 2008-2015. He moved to Everton in 2015, and after two years at Goodison Park signed for Watford in the summer of 2017. Over the years he has accumulated a net worth €30.6 million (£27 million) and has a market value of €7 million (£5.1 million).

Cleverly Tattoo - Does he have one?