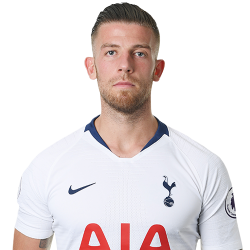 Wow! This means the average man in the UK needs to work for at least 11.2 years to earn the same as Mega Toby earns in only 1 month.

Wow this boy is loaded. He has played for Tottenham for a whole bunch of years now and he has been one of the highest paid players in the squad for a while too. His net worth is now roughly 23 Million Euro (21 Million Pound). His market value is sky-high. He is a reliable defender who has proven himself at the highest level time and time again. His market value at the moment is roughly 85 Million Euro (77 Million Pound).

Alderweireld Tattoo - Does he have one?