Join WTFoot and discover everything you want to know about his current girlfriend or wife, his shocking salary and the amazing tattoos that are inked on his body. Find out what house the German Striker lives in or have a quick look at his cars! 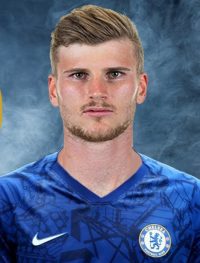 Wow! This means the average man in the UK needs to work for at least 12.9 years to earn the same as Turbo Timo earns in only 1 month.

Being one of the most in-demand footballers has its own perks. Werner's market value is a staggering €65 million. Having been paid an annual salary in the realm of 7-digits since a very early age, the forward has a respectable net worth of €4 million. At Chelsea we expect him to earn so much more than that, so expect his net worth to rise exponentially.

Werner Tattoo - Does he have one?