Join WTFoot and discover everything you want to know about his current girlfriend or wife, his shocking salary and the amazing tattoos that are inked on his body. Find out what house the Belgian midfielder lives in or have a quick look at his cars! 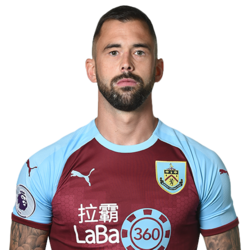 Wow! This means the average man in the UK needs to work for at least 6.5 years to earn the same as De Kleine Generaal earns in only 1 month.

His net worth is on the rise since he signed for Burnley. Everybody knows how much money is being spent on salaries in the Premier League and he is making a good amount of money per year. As a result his net worth is now roughly 15 Million Euro (13 Million Pound) . His market value is declining, he is nearing the end of his career and he will not be that costly to pick up for potentially interested clubs. His current market value is about 5 Million Euro (4.2 Million Pound).

Defour Tattoo - Does he have one?