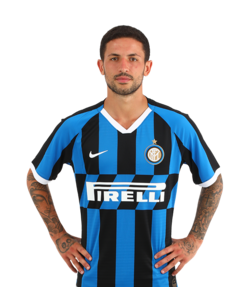 Wow! This means the average man in the UK needs to work for at least 7.77 years to earn the same as Maestro earns in only 1 month.

With a move to Inter, one of the bigger teams in Italy, happening in 2019, our midfielders market value has risen to 30 Million Euros. His net worth from 6 years of a professional football career is considered to be at 1.8 Million Euros.

Sensi Tattoo - Does he have one?