Join WTFoot and discover everything you want to know about his current girlfriend or wife, his shocking salary and the amazing tattoos that are inked on his body. Find out what house the Korean winger lives in or have a quick look at his cars! 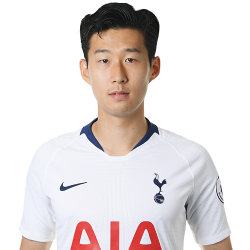 Meet this amazing winger from South Korea, the Korean sensation: Here Comes The Son. He was born in Chuncheon and he started his career at the youth academy of Seoul in his homecountry. He only stayed there for a few years though as Hamburger SV snatched him away and he started his pro career in germany at that club. Later on he was bought by Leverkusen and that is where he made Tottenham very interested in his services. The London club followed him for a while and finally bought him from Leverkusen for a fee of 30 million euro. At Tottenham he has basically been sensational. He has scored a whole lot of goals and has been one of the most important players in Tottenham's succesful seasons in which they ended up in the top 4 several times. He is obviously also playing football for the national team of South Korea, he even played at the 2018 FIFA World Cup in Russia. He scored the 2-0 against Germany that send the former World Champions home, good job Heung-Min! Now let's dive right into the wiki of this energetic player.

Wow! This means the average man in the UK needs to work for at least 19.6 years to earn the same as Here Comes The Son earns in only 1 month.

Heung-Min Tattoo - Does he have one?