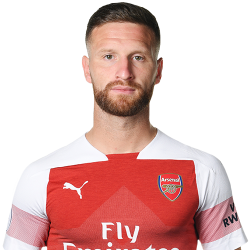 Wow! This means the average man in the UK needs to work for at least 12 years to earn the same as Musti earns in only 1 month.

His Net Worth is on the rise. Since he made the move to the Premier League he has been making much more money. At the moment we expect his net worth is around 19 Million Euro (16.8 Million Pound). His Market Value is pretty high. He plays in a top league, at a top team and he is a world champion. If somebody would want to buy him from Arsenal he would have to pay a very hefty fee. We expect his market value to be around 38 Million Euro (34 Million Pound).

Mustafi Tattoo - Does he have one?

Another spicy list? Our Top 30 Sexiest Arsenal Wives and Girlfriends