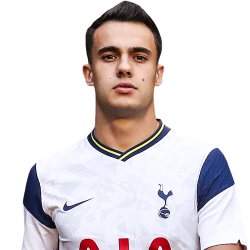 Wow! This means the average man in the UK needs to work for at least ‭5.27 years to earn the same as Regui earns in only 1 month.

He's on the right path to making big money with his football career. Presently his net is estimated to be about 2.5 million Euros. His market value is about 22 million Euros and is bound to rise.

Reguilón Tattoo - Does he have one?